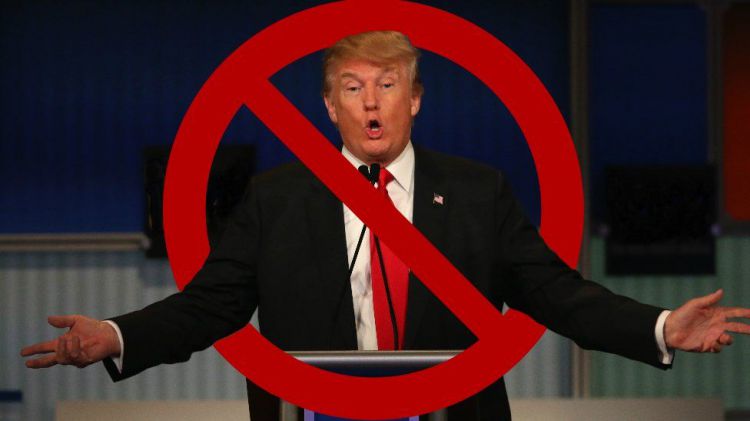 Despite millions signing a petition to block Trump’s UK state visit May insists it is going ahead whilst reminding us that Brexit could still be blocked by Parliament.

Millions of people in the UK have signed a petition to cancel Donald Trump’s official state visit to Britain.

The huge support shows the outrage at the President’s ban on refugees and Muslims from entering the USA. A ban his own Attorney General labelled as illegal before being dismissed from the position by Trump.

When he signed the executive order on Friday night, fewer than 10’000 people had backed such a petition. It passed a million signatures by British citizens at 09:54 Monday Morning.

That makes it the second most signed petition on the UK Parliament’s website only behind the 4 million strong petition to overturn Brexit. A committee of MPs will debate today whether to grant it a full Parliamentary debate.

Amid global protests, Labour leader Jeremy Corbyn tweeted: “Over 1 million people have signed. We will not back down, cancel state visit and condemn the Muslim ban.”

Corbyn recently also urged his fellow Labour MPs to vote to back Brexit despite the majority of Labour being against it. Corbyn insisted it was the role of MPs to grand the masses their wishes, not take executive action for the greater good.

However Theresa May’s 10 Downing Street today said it had no plans to cancel the state visit.

A source told the BBC cancelling the visit would be a “populist gesture” that would “undo everything”. The spokesman said: “The invitation to a state visit has been made it’s been accepted, and we will proceed with a state visit.”

Suggestion has been made that the State visit would put the Royal family in a very difficult situation having to extend an official Royal welcome to somebody who millions formally requested not be given a state visit.

A source close to the Royal family has suggested the visit may be postponed rather than cancelled. It is highly unusual for a US President to be invited to an official state visit in his first year in office. Many questions have been raised over the nature and reason for May’s sucking up and cowering down to Trump.  It has been suggested that although the invite has already been extended to Trump, the visit may be delayed by as much as three years. Not an option May seems keen to consider.

The petition says that President Trump  should not be allowed to stay at Buckingham Palace because “it would cause embarrassment to Her Majesty the Queen”.

It does not say he should be banned from entering the UK entirely.

Parliament legally must considers debating any petition that attracts more than 100’000 signatures.

A previous petition to ban Donald Trump from Britain, after he first announced his Muslim ban in the election campaign, won 586,000 signatures and prompted a three-hour debate. The petition was ultimately rejected by Parliament.

The most signed petition in history was the petition calling for a second EU referendum with higher turnout thresholds, which gathered more than four million signatures in 2016.

As politicians in the UK consider whether or not it is more morally correct to listen to the public voice and enact Braxit, surly destroying what is left of the UK, or to ignore the public, reject the Brexit referendum, stay away from Trump and save the UK. It appears that the UK is showing a mixed signal to the world as to whether or not it is a democratic nation or one which wants to join alliances with the dictatorial right wing such as Trump’s new USA.