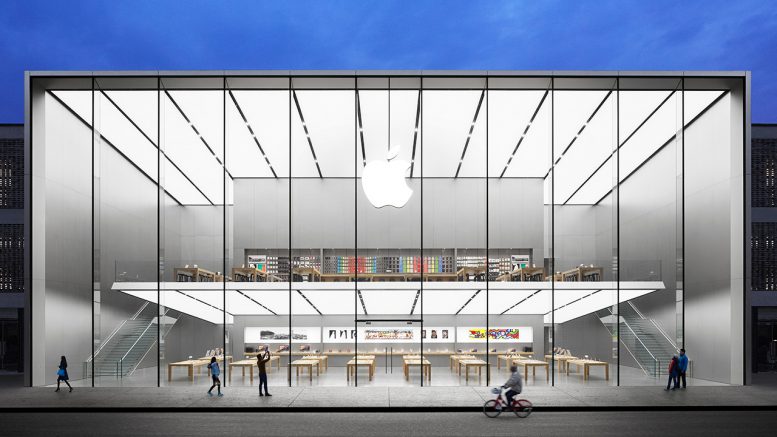 According to Apple CEO Tim Cook, Apple is considering legal action against Donald Trump’s travel ban.
The iPhone and MAC maker has already said it opposes the ban on people from Muslim countries travelling to the USA, but could take this a step further with a legal challenge.

Cook said that he would press “very, very senior people in the White House” on Mr Trump’s ban.

The policy  has provoked an outcry among Silicon Valley tech groups.

Speaking to The Wall Street Journal Cook added: “More than any country in the world, this country is strong because of our immigrant background and our capacity and ability as people to welcome people from all kinds of backgrounds. That’s what makes us special. We ought to pause and really think deeply through that.”

Cook did not elaborate on how exactly Apple would resort to legal action, but said at the weekend that the company opposes the ban. “Apple would not exist without immigration, let alone thrive and innovate the way we do,”

Cook said in an email to staff: “I share your concerns. It is not a policy we support.”

The biological father of Apple’s founder Steve Jobs was an immigrant from Syria, one of the countries most affected by Trump’s executive order along with  Iran, Iraq, Libya, Somalia, Sudan and Yemen.

Many tech companies have vocally opposed the ban. Amazon and Microsoft have already backed a challenge in their home state of Washington, while thousands of Google employees staged a protest on Monday.

Cook had sought to establish a relationship with the Trump administration in its early days. He held a private meeting with Trump after a tech summit featuring the bosses of Google, Microsoft and others in December 2016, and spent much of last week in Washington DC.
Trump criticised Apple on the campaign trail for making its products abroad, and Foxconn, which assembles iPhones in China, is reportedly mulling a factory in the US. It is rumoured that Trump is offering undisclosed cosessions to Apple should they relocate the assembly and physical manufacturing of their products to the USA where their R&D, HQ and design centres are based.