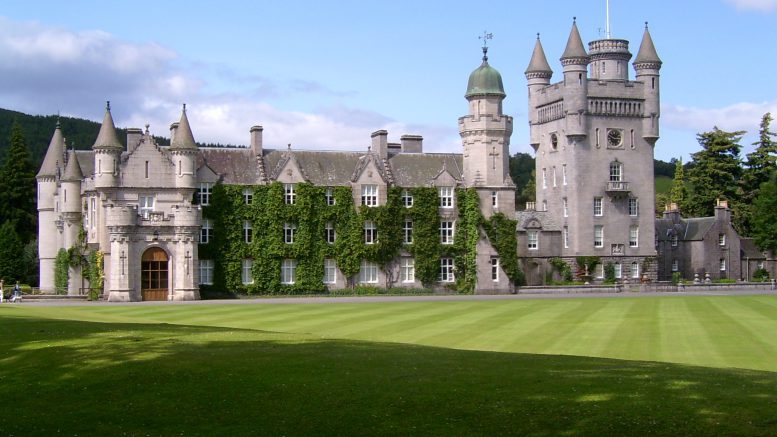 If Theresa May insists Trump receive a State welcome, it is likely he will have to meet the Queen in Scotland to avoid London’s fierce protests.

Former Scottish First Minister, Alex Salmond said President Trump’s state visit, if allowed, is more than likely to be hosted in Scotland than London because of the likelihood of fierce and heavy protests in the diverse capital.
The former leader of Scotland said he believes the new President is more likely to be received by the Queen at her royal estate Balmoral, Scotland.
Salmond said the Aberdeenshire castle would be seen as a better option for Trump as it would be more difficult for protesters to access.
Trump, whose Scottish born mother was born on the Isle of Lewis, owns two golf courses in Scotland and took time out of his presidential campaign to mark the reopening of Turnberry in South Ayrshire last year.
The creation of his first Scottish course at Balmedie in Aberdeenshire led to bitter clashes with Salmond at the time over plans for an offshore wind farm, Trump argued would ruin the views from his resort.

Salmond said on his LBC radio phone in on Wednesday that he had signed the parliamentary petition known widely as the ‘#BanTrump’ petition, calling for Trump’s visit to be downgraded from a state visit to spare the Queen “embarrassment”.

Salmond still a servic SNP MP said: “You have to respect the office but you don’t have to accord somebody the full panoply of a state visit when the greatest presidents on earth and in history had to wait two or three years for it. I think him going to Scotland is quite likely, and I’ll tell you why. If you come to London in current circumstances or with another embarrassment there will be hundreds of thousands certainly, maybe more, people in the streets. I think they will see Balmoral as a much, much safer option because even in Scotland, even from my constituency which is adjacent to Balmoral in the north east of Scotland, it takes me a good two hours to get there from my house. So I reckon they think Balmoral is a much better option to try and minimise the protesters, but believe me if it was Balmoral, if it’s London, if it’s Timbuktu, he’ll be met by very substantial protests.”