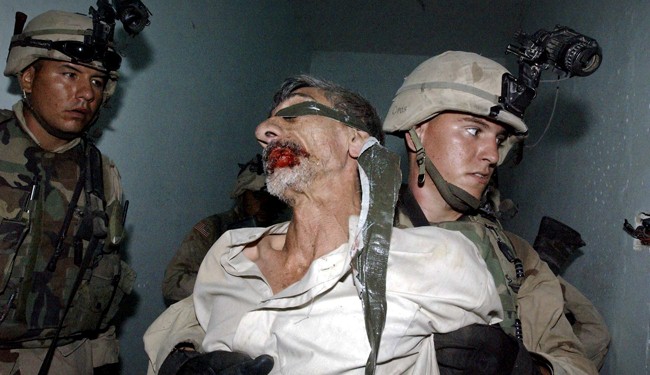 The UK Government has spent £60 million to date defending criminal investigations into British troops in Iraq. The official enquiry is to be shut down within months after the government claims the investigations have damaged national security and continue to do so.

Sir Michael Fallon, the Defence Secretary, made the announcement just hours after a parliamentary report condemned his ministry for paying “ambulance-chasing lawyers” to bring cases against thousands of British troops and the government itself.

“We are already seeing ridiculous and unrelated false criminal allegations being made against a whole list of people involved in the prosecution, official enquiry and private legislative action” ~ Head of one of the prosecuting law firms who wished to remain anonymous out of fear for his/her personal safety

Circa 3’500 allegations, including murder, rape, extortion, blackmail and torture, were reported to IHAT.

Lawyer Phil Shiner, was made the main scapegoat by the government who revoked his license to practice law indefinitely last week. It is not yet possible to accurately predict what further action the government will take against Shiner. Many members of the prosecution including members of private prosecutions, not directly part of IHAT but part of a wider span of legal action taken against the UK government over corruption, war crimes and abuse allegation have been ‘disappeared’ with reports from family members coming in alleging false allegations for criminal offences (Terror, National Security and Sexual Offences, as these are the easiest to secure a conviction against with the longest lasting repercussions). The wife of one solicitor and activist told Al-Sahawat Times how armed special forces stormed their family home, entering through the windows and doors, climbing the garden fences, the female who wishes not to be identified alleges that herself and her elderly mother-in-law were pushed to the ground and threatened with physical violence and arrest. The family of the solicitor claim that they did not hear anything from or regarding their loved one until months later when it was discovered that the solicitor had been detained into a psychiatric asylum for the criminally insane indefinitely. The family are not allowed to write, telephone or visit their loved one.

IHAT had paid Shiner and his Iraqi agents hundreds of thousands of pounds to help with it’s investigations. In seven years, the only conviction resulting from IHAT have come from the private non-officially affiliated cases.

The parliamentary report branded IHAT “unfit for purpose” and accused the Ministry of Defence of enabling law firms “to generate cases against service personnel at an industrial level”. Parliament insisted last week that IHAT be shut down immediately having “directly harmed the defence of our nation”. It is now possible that this line “directly harming the defence of our nation” can be used to secure very serious convictions and/or indefinite detainment against a very large number of legal professionals and political activists.

The MOD and Parliament have also accused IHAT investigators and legal teams of using “intimidatory tactics”, including “deeply disturbing” methods such as impersonating the police and spying on former and current servicemen. It is expected criminal charges will arise from these allegations. Wide spread allegation of sexual and domestic offences have also been suggested against a large number of key legal professionals and activists whom were not indicated in direct intimidation offences.

The allegations of criminal activity against the UK will now be internally dealt with by the Military Police a spokesman for Parliament said.