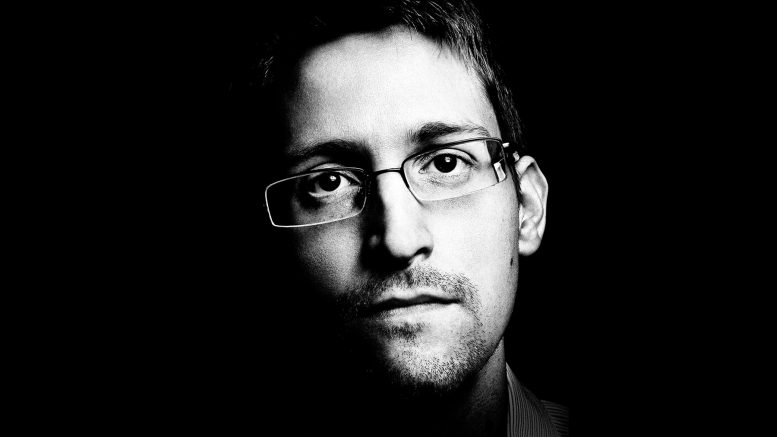 The UK government’s legal advisers have been accused of launching a “full-frontal attack” on whistleblowers and journalists over proposals to radically increase prison sentences for revealing state secrets and prosecute journalists.

Downing Street believes a major overhaul of existing secrecy legislation is necessary because it has become outdated in a digital age when government employees can easily disclose vast amounts of sensitive information.

Draft recommendations from the legal advisers say the maximum prison sentence for leakers should be raised, potentially from 2 to 14 years, and the definition of espionage should be expanded to include obtaining sensitive information, as well as passing it on, this would mean journalists who knowingly or unknowingly publish such information directly or indirectly would also be subject to potentially the maximum sentence.

The moves have prompted concern from whistleblowers that draconian punishments could further discourage officials from coming forward in the public interest.

One critic said the changes were “squarely aimed at the Guardian and Edward Snowden”.

The Guardian, human rights group Liberty and campaign body Open Rights Group are among a series of organisations listed by the Law Commission as having been consulted on the draft proposals, but all three say they were not meaningfully involved in the process.

The Law Commission says on its website that in making the proposals, it “met extensively with and sought the views of government departments, lawyers, human rights NGOs and the media”.

But Liberty said that while a meeting was held, it was “not on the understanding that this was a consultation. Liberty do not consider themselves to have been properly consulted and we will be responding in detail to the consultation.”

Cathy James, the chief executive of Public Concern at Work, was also surprised to see the whistleblowing charity listed as being involved.

James added: “I didn’t actually know we were listed in the document as we have been working our way through it so it is a big surprise to me. I believe my colleague met with them initially but we were not consulted in the normal sense of the word consultation. That is not what happened. We are very worried about the extent of the provision in the recommendations both for whistleblowers and public officials. It’s a huge backward step and we are very worried.”

Jim Killock, the chief executive of Open Rights Group, confirmed it had not taken part in the consultation. “The real tragedy of this is that they’ve had nine months to actually talk to journalists and civil liberty organisations, and find out what the consequences of their suggestions might be, and in actual fact they’ve managed to talk to no one, but they’ve listed us all as having being consulted in the paper anyway.”

Killock said: “This is a full-frontal attack, recommending criminalising even examining secret services’ material. The intention is to stop the public from ever knowing that any secret agency has ever broken the law. It’s squarely aimed at the Guardian and Edward Snowden. They want to make it a criminal offence for journalists to handle a large volume of documents in the way that journalists did with Snowden. They have even recommended that foreigners be criminalised for this, meaning Snowden would be prosecutable in the UK.”

Killock expressed his concern over a proposed “redrafted offence” of espionage that would “be capable of being committed by someone who not only communicates information, but also by someone who obtains or gathers it”.

“It’s the mere handling of documents that becomes a criminal offence on the basis of the risk handling those documents causes, not that you actually hand them to a foreign state,” he said. “So spying becomes possession of secret information. This is not what any of us would recognise as the definition of spying.”

It is possible under the new proposed laws for a journalist to be prosecuted for spying if they receive sectrete information via email from an unsolicited stranger, even if threat information is not even opened, printed, stored or used in any way.

The former Guardian editor Alan Rusbridger said the proposed changes were “alarming” and had been set out “without any adequate consultation”.

When asked about the organisations listed as being consulted, a spokesman for the Law Commission said: “Ahead of our open public consultation, we undertook a fact-finding exercise where we contacted a range of organisations with an interest in the area. We met with a number of interested groups over the last 12 months. They are listed in the appendix to the report. All were either met with or contacted by phone. Everyone listed in the appendix provided views that we feel we have considered in the consultation paper.”

On Friday, a Law Commission spokesman told the press that there were delays to the consultation because the project “became a larger piece of work than we anticipated”.

Ben Griffin, who quit the SAS over the abuse of prisoners in Iraq and later turned whistleblower to expose what he had witnessed, said: “The British government not only refuses to answer questions, it is actively misleading the public. Given these facts, it is of no surprise that they have decided to clamp down on whistleblowers.”

Another whistleblower, Peter Francis, made a series of revelations about Scotland Yard’s undercover units who spy on hundreds of political activists and groups. Francis, who was deployed as an undercover police officer to infiltrate anti-racist groups in the 1990s, disclosed, for example, how police gathered information about the family of the murdered teenager Stephen Lawrence.

“I have been threatened, several times, with possible prosecution under the (1989) Official Secrets Act. Not a single suggestion, within the entire 326 page Law Commission document, gives me any hope whatsoever that as a whistleblower, I would then be treated any more fairly with this new law in place. In fact to the contrary, all that would now happen is that I would have to be prepared to serve 14 years’ imprisonment instead of currently two, which I personally am, but might deter other officers from coming forward in the future.”

He said he also disagreed with another of the Law Commission’s proposals suggesting that defendants should be prevented from claiming they believed they were acting in the public interest disclosing official secrets.

According to the Law Commission, “such a defence would allow someone to disclose information with potentially very damaging consequences. The person making the unauthorised disclosure is not best placed to make decisions about national security and the public interest”.

The proposals are contained in a 326-page report initially commissioned in 2015 by the Cabinet Office, which asked for a review of the “effectiveness of the criminal law provisions that protect the government from disclosure”.

According to the Law Commission, “the maximum sentence for the offences in the Official Secrets Act 1989 is low when compared with offences that exist in other jurisdictions that criminalise similar forms of wrongdoing”.

In a pointed reference, it noted that the maximum sentence for whistleblowers in Canada is 14 years. The commission says the two-year sentence currently applicable in the UK did not reflect the damage that could be done to the country.

“In the digital age, the volume of information that can be disclosed without authorisation is much greater than when the Official Secrets Act 1989 was originally drafted. It could be argued that this means that the ability to cause damage to the national interest and the risk of such damage occurring has also increased,” the Law Commission said.

Michelle Stanistreet, the general secretary of the National Union of Journalists, said: “The scope for change is huge, wide-ranging and possibly detrimental. We are concerned at the ramifications for journalists and press freedom as a consequence. We have already faced many challenges and attacks on our right to report in the last few years. Could this be intended as another step taken to curtail the media in the UK?”

The UK last year saw new regulatory measures placed on all press, both domestic and foreign that criminalise, censor and monitor tightly what the government may deem to be bad publicity for the country. Many saw this as the final death of democracy and freedom of the press in the UK, however it appears the UK is now strongly considering sinking to a new low.