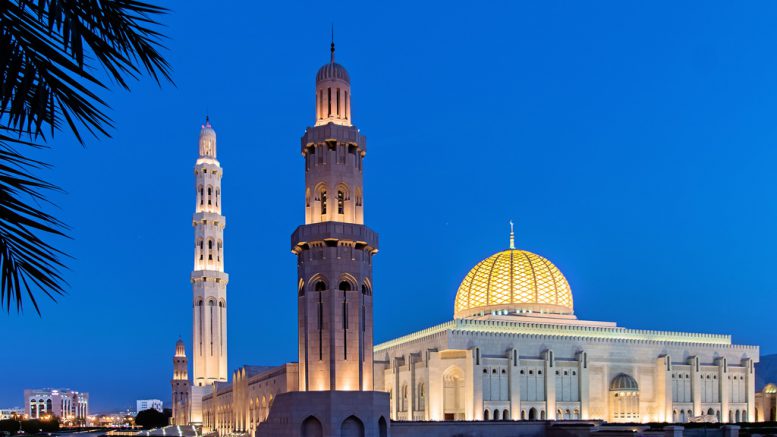 The splender of the Sultan Qaboos grand Masdjid in Oman

Quietly imposing from the outside, this glorious piece of modern Islamic architecture was a gift to the nation from the much beloved Sultan Qaboos of Oman to mark his 30th year of reign.

It was in 1992, that Sultan Qaboos decided, that his country of Oman should have a Grand Mosque. Construction commenced in 1995 and took six years and four months.

A major feature of the design of the prayer carpet which covers the floor of the prayer hall is that it contains 1’700’000’000 (1.7 billion) knots, weighs 21 tonnes and took four years to produce, bringing together the classical Persian Tabriz, Kashan and Isfahan design traditions. 28 colors in varying shades were used, the majority obtained from traditional vegetable dyes. It is the second largest single piece carpet in the world. This hand-woven carpet was produced by Iran Carpet Company (ICC) at the order of the Diwan of the Royal Court of Sultanate. The carpet measures over 70 × 60 meters, and covers the 4’343 square meter area of the praying hall.

The chandelier above the praying hall is 14 meters tall and was manufactured from Italy.

The Mosque, which can accommodate more than 20’000 worshippers, including over 750 women in a private musalla (prayer hall), is a highly active place of worship, particularly for Jumu’a. 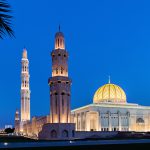 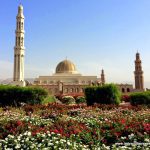 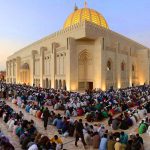 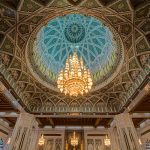 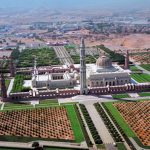