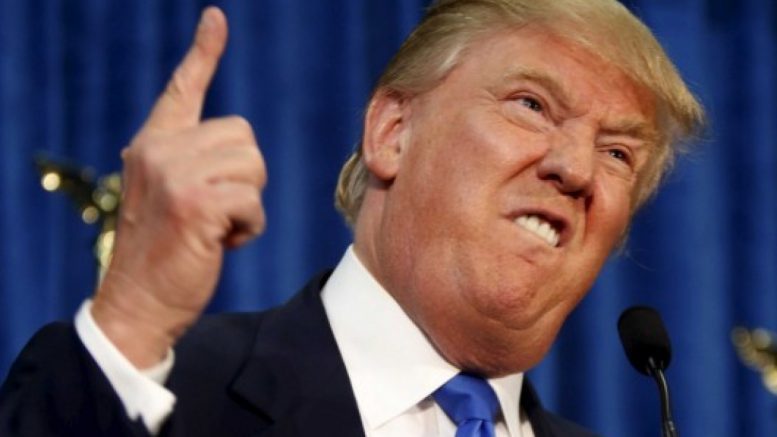 US President, Donald Trump’s press aides have gone on Television to defend Trump’s claim that former President, Barak Obama has tapped his phones.

Saying it repeatedly in the media makes it… true?

Trump’s aide appeared on television to debate the allegations of phone hacking Trump has levelled at Obama without bringing any factual evidence with his or being able to reference any such evidence.

Whilst this is not as ridiculous as it initially seems, it is not a great start given that Trump believes the media is all against him.

“Seemingly with no concept of how media, facts or reality work” ~ Huffpost UK

Trump’s aides appear to have been trying to assert that just because licensed news and media outlets such as FOX, BBC, IPMG NEWS and HUFFINGTON POST has reported on Trump’s claims that he was phone hacked/wire-tapped by Obama, that this made it true and constituted concrete evidence in it’s self.

Whilst this is preposterous to all, especially it would appear those at Huffpost who took this very personally in their response to Trump.

There is some convoluted truth in the aides’ madness. When an unsupported allegation is made in the media people in general tend to believe it without engaging any intellect what so ever. News has the power to brainwash, the vast majority of people accept blindly what is being said, even though the news is only reporting what has been alleged and not stating evidence for nor against.

This so called ‘trial by media’ has been a well documented phenomena for decades now exasperated exponentially by the advent of social media and the abundance of fake, false and twisted news.

Just because something has been reported in the media no matter by how many outlets does indeed not make it true or factual.

However, in the opinions of the public at large, the majority will take it as set in stone final judgement.

What is worse is that when any allegations or false news are proven incorrect the media rarely publishes a retraction, deletes the original story or by any means corrects their life destroying mistakes. So to this ends, Trump’s aides were correct that in the public opinion simply by being in the media makes it true, with zero bearing on fact, truth or reality.

The issues that caused the television interview to collapse into chaos was when they refused to disclose or give any clue as to where Trump’s information and evidence came from regarding his accusations against Obama.

Appearing on Fox and Friends in the USA press aide Conway described Trump’s evidence as coming from ” credible news sources” yet the news only published what Trump has alleged, Conway suggested that there was politically motivated activity during the campaign cited by such news sources, activity Huffpost UK says as of yet, has no evidence to confirm as such.

Conway then adds that Trump as President ” has information and intelligence that the rest of us do not.”

True or not is not the reason the interview went viral on social media dubbed as the “comedy cockup” was simply due to the poor manner in which the President’s official media aides handled a very straightforward line of questioning from a reporter. Seemingly attempting to cite the news as internal Presidential intelligence.