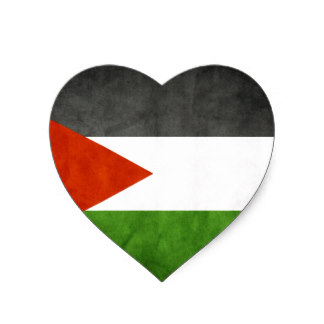 Government spokesperson Ziad Khalil Abu Zayyad warned that relocating the US- Israeli embassy from Tel Aviv to the Palestinian capital city, Jerusalem would “explode the situation” in the entire Middle East and North Africa region, in response to a US congressional delegation that reportedly arrived to Palestine aiming to study the possibility of the move.

Israeli media reported Friday that extreme right-wing Israeli lawmaker Yehuda Glick released a statement saying that the delegation, led by US Republican Congressman Ron DeSantis, would arrive in Palestine on Saturday evening in a visit to last until Sunday.

In a statement released Saturday night, Zayyad warned that the US Congress “should understand that moving the US embassy to Jerusalem will not only explode the situation in Palestine but the whole Mena (Middle East and North Africa) region.”

While US President Donald Trump’s campaign promise to move the embassy has been reiterated a number of times since his election, the Trump administration said at the end of January that it was still “too early” to discuss the issue, and that details would be announced “soon.”

Abu Zayyad condemned the proposed relocation in his statement, and suggested that the congressional delegation consult with its military and political consultants in the US State Department, “(who have) stated several times in the past that such actions put American interests and presence in the region in danger.”

Republican senators Ted Cruz (Texas), Dean Heller (Nevada), and Marco Rubio (Florida) introduced a bill to the US Congress in January to recognize Jerusalem as Israel’s undivided capital, not recognising Palestine as an entity at all and move the US embassy there from Tel Aviv, defying international laws on the decades-old Israeli-Palestinian conflict resting on a two-state solution.
If implemented, the bill would give legitimacy to Israel’s illegal occupation of Palestine since 1967, disregard Palestine in every sense and terminate a longstanding White House policy to perpetually defer a 1995 congressional decision to recognize Jerusalem as the Israeli capital and move the embassy there.

Palestine Liberation Organization (PLO) Secretary-General Saeb Erekat has warned that the PLO would revoke all previously signed agreements with Israel and the US as well as the PLO’s 1993 recognition of Israel as an entity if Trump followed through on his pledge to move the embassy, further warning that “any hope of peace in the future will just vanish,” if the decision was implemented.

According to Glick, a member of Israel’s self declared parliament, the congressional delegation’s visit aimed to “closely examine the issue of transferring the US embassy from Tel Aviv to Jerusalem, both from a practical standpoint as well as politically.”

Glick, a right-wing, American-born rabbi rose to prominence for leading groups of far right Israelis into occupied Jerusalem’s sacred Al-Aqsa Mosque for worship, in contravention of an agreement between Israel and the Islamic endowment since 1967 which prohibits non-Muslim prayer in the compound.

In 2014, Glick assaulted a Palestinian woman while illegally entering the women’s side of the mosque although an Israeli court in Palestine lately dropped the indictment against him.