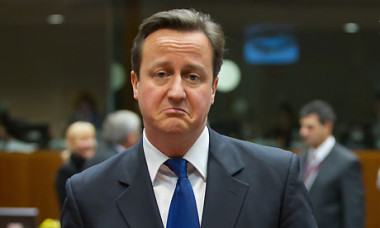 The British Conservative party has already been fined £70’000 as a party after the Electoral Commission found “significant” errors in the accuracy of the party’s spending returns for the 2015 general election.

The party’s then treasurer along with a significant number of party members has now been referred to the Metropolitan Police to investigate whether any criminal offence was committed by knowingly making a false declaration on its spending returns.
British political parties and candidates have to publicly declare their spending at the end of elections so it can be scrutinised to ensure it is appropriate and falls within strict spending limits.

The spending limits exist to try and curb the practices of buying votes, bribed, and using money to drown out the voices of rival opposition parties.
The election regulator found that the Conservatives made substantial mistakes in their spending returns during a series of 2014 by-elections and the 2015 general election.

The investigation found the party had failed to declare £104’765 of election spending, incorrectly declared a further £118’124 of election costs, and failed to provide invoices to account for another £52’924.

Records relating to a series of hard-fought 2014 by-elections were also not provided, meaning the investigation could not verify whether spending for those was accurate.

In a separate investigation, a dozen police forces have passed investigations on currently sitting Conservative MPs to the Crown Prosecution Service to see whether they or their agents should face prosecution over allegedly making false spending declarations on their constituency-level spending returns.

At the heart of the matter is the difference between the strict spending limits on local campaigning during an election and the relatively generous amount a national party can spend.

Local parliamentary candidates are only allowed to spend around £15’000 each with a few additions and variations, while national parties can spend millions on national campaigning providing it’s not targeted at any one individual constituency in particular.

Labour and the Liberal Democrats have previously been fined by the Electoral Commission over issues relating to the 2015 general election, although no criminal investigations were made.

“Our investigation uncovered numerous failures by a large, well-resourced and experienced party to ensure that accurate records of spending were maintained and that all of the party’s spending was reported correctly,” said Electoral Commission chairman Sir John Holmes. “The rules established by parliament for political parties and their finances are there to ensure transparency and accountability. Where the rules are not followed, it undermines voters’ confidence in our democratic processes, which is why political parties need to take their responsibilities under the legislation seriously.”

There has been widespread suggestion that the investigation could have been a significant factor in the early resignation of David Cameron in 2016 only one year after the controversial election wich saw nation wide protests and sporadic riots through the capital city, London.