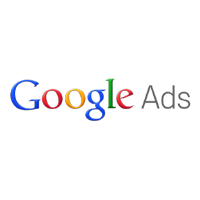 Days after the British government withdrew all of its taxpayer-funded adverts from YouTube, yes tax money is used on advertising in the UK, after the adverts were seen next to white supremacist and other far right extremist videos on the platform – now Britain’s biggest banks, brands and corporations have joined in.

Google who have a global annual turn over greater than that of the entire USA was slammed by UK MPs over content control after the revelation was made during an investigation conducted by British newspaper ‘The Times.’

The probe revealed that Holocaust deniers, racist websites and far right extremists received payouts from Google for the YouTube commercials.

The Government had argued that it was Google’s responsibility to ensure adverts do not appear alongside ‘inappropriate’ content.

Now, three of Britain’s biggest banks have pulled advertising from Google including HSBC, Lloyds and Royal Bank of Scotland after their marketing appeared alongside far right extremist YouTube videos too.

The list of big advertisers who have withdrawn marketing from the search engine and its YouTube video platform continued to grow in the aftermath of the expose wich includes predominantly defamatory and slanderous fake news stories, far right extremist content and Islamophobic content.

McDonald’s, L’Oréal, Armani, Audi and the BBC have all withdrawn advertisement.

Their adverts of many top companies and the government were posted alongside videos by white nationalist and a former leader of the Ku Klux Klan, David Duke and pastor Steven Anderson, who praised the killing of 49 people in a gay nightclub.

According to reports, a commercial appearing alongside a YouTube clip earns the video’s poster about 6 pounds for every 1’000 views and many of Duke’s videos have been viewed hundreds of thousands of times warming up to £6k GBP per video.

Google, that controls 35 percent of the global digital advertising market, is set to suffer a setback after the departure of HSBC, Lloyds and RBS.

According to an executive at one of Britain’s biggest advertisers, “This is now a very serious problem for Google. It has to get its house in order.”

Further, the French marketing agency Havas, that spends about 35 million pounds a year on the search engine on behalf of UK based advertisers pulled Google advertising for 240 too UK clients, including  O2, Royal Mail, the government-owned British Broadcasting Corp (BBC), Domino’s Pizza and Hyundai Kia.

The marketing vacum however on the UK is not likely to be picked up by any other providers or direct website marketing. Britain’s disaster PJs Brexit and possible Scottish Independence means most companies will simply invest elsewhere in more lucrative nations with less stigma.