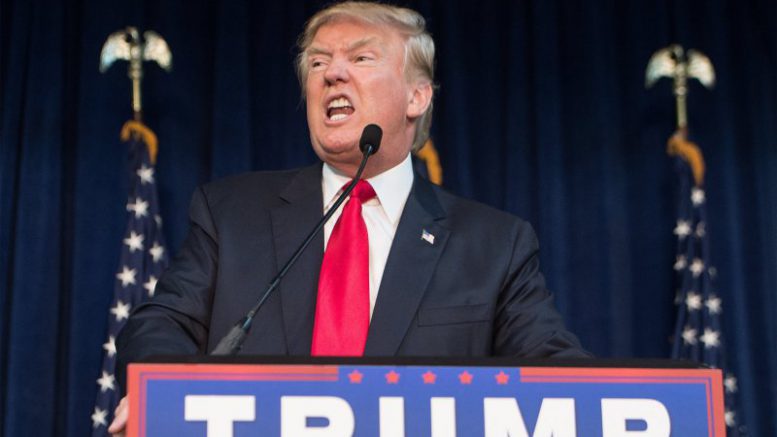 US President Trump is barring passengers on flights originating in several Muslim countries from carrying any electronic device larger than a standard cellphone starting on Tuesday, a Middle East-based carrier has told Al-Sahawat Times.

US officials were not authorised to disclose the details of the ban ahead of a public statement that is scheduled for 10:00 UT on Tuesday. (In five hours time)

The ban was revealed yesterday against the USA’s wish for secrecy in statements from Royal Jordanian Airlines and the official news agency of Saudi Arabia.

A US official, on the condition of anonymity, told Associated Press news agency that the ban will apply to nonstop flights to the US from 10 international airports serving the cities of Cairo in Egypt; Amman in Jordan; Kuwait City in Kuwait; Casablanca in Morocco; Doha in Qatar; Riyadh and Jeddah in Saudi Arabia; Istanbul in Turkey; and Abu Dhabi and Dubai in the United Arab Emirates. Saudi Arabia, a traditional friend of the US has not responded to the ban well breaching US secrecy by announcing details of the ban publicly.

The ban will be indefinite, said the official.

A second US official said the ban will affect nine airlines in total, and the Transportation Security Administration will inform the affected airlines at 07:00 UT on Tuesday. (In two hours time)

The move comes a week after President Donald Trump’s second bid to ban Muslims from entry to the USA  was blocked by the courts .

Royal Jordanian said cellphones and medical devices were excluded from the ban. Everything else, such as laptops, tablets, e-readers, DVD players, electronic games and cameras, would need to be packed in checked luggage.

A US government official said such a ban has been considered for several weeks. The official spoke on the condition of anonymity to disclose the internal security discussions by the federal government.

Homeland Security Secretary John Kelly phoned lawmakers over the weekend to brief them on aviation security issues that have prompted the impending electronics ban, according a congressional aide briefed on the discussion.

The aide was not authorised to speak publicly about the issue and spoke on the condition of anonymity.

The ban would begin just before Wednesday’s meeting of the US-led coalition in Syria and Iraq, held in Washington.

A number of top Arab officials were expected to attend the State Department gathering. It was unclear whether all delegates will still wish to attend.