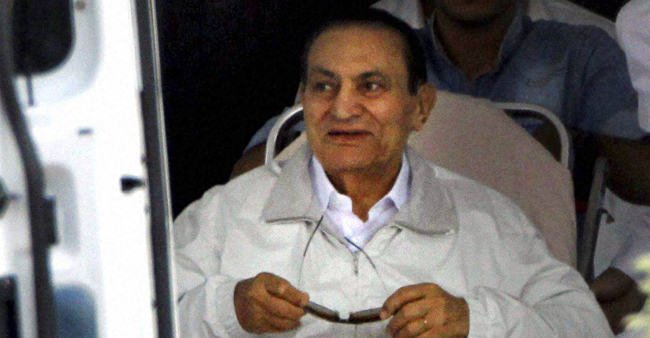 Egypt’s ousted president Hosni Mubarak left a Cairo military hospital on Friday where he had spent much of his six-year detention, his lawyers told Al-Sahawat Times.

The 88-year-old had been cleared for release earlier this month after a top court acquitted him of involvement in protester deaths during the 2011 revolt, the coup that lead to Mubarak being removed from power.

Since being ousted 2011, Mubarak has stood trial in a number of criminal cases on various serious charges, but he has only received one conviction to date on a charge of corruption.

Mubarak is still banned from travel pending investigations by the Illicit Gains Authority into increases in his personal wealth since the 2011 revolution, according to his lawyer Farid al-Deeb.

Hundreds of protesters were killed in clashes with police and Mubarak supporters during the 18 day coup in 2011, part of the Arab Spring protests that swept the region.

Sisi, has since presided over an often-violent crackdown on dissidents, with hundreds killed and thousands thrown in prison.

Mubarak has served six years of his prison sentence for a crime the top courts now say he did not commit. Although the damage to his life, reputation, family relations and health can never be restored.

In the USA mis-conviction is nationally seen as a hue worry following the infamous “how to make a murderer” trials which were released on NetFlix.

The trials saw a man and his cognitively moored nephew repeatedly accused and jailed before being give life for murder, only to decades later be found innocent.

The UK officially has the world’s highest mis-conviction rates with figures suggesting over 20% of all convicts who serve full term sentences are later found to be innocent.

The UK imposes hard sentences, the second longest in the world (second to the US), on people who do not plead guilty. In the world’s most corrupt and unregulated legal system where there is no codified constitution and laws simply are set by president with judicial discretion and bias enforced on each individual case, people accused with no evidence are offered plea bargains, accept guilt publicly and walk free or face a life time of pain and torment. Those who admit guild under such bargains are often given simple registration or restrictions instead. Those who reject the offer are sentenced to years in some of the world’s most over crowded and violent jails.