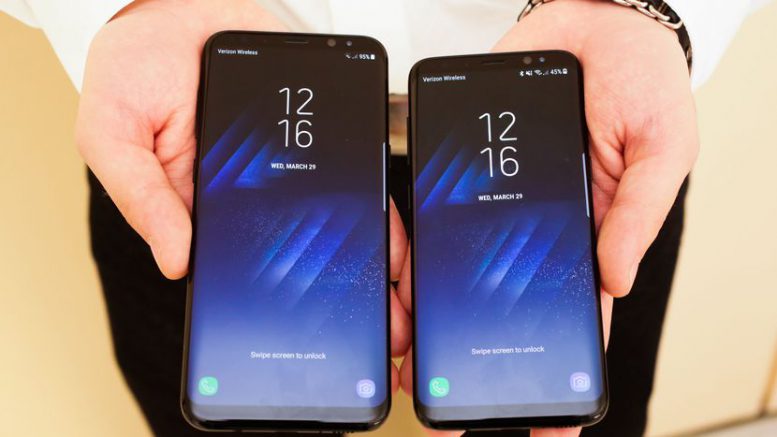 For all Samsung’s talk about a fresh start, the stigma, jokes and questions about exploding phones, dying devices and spying televisions will follow it around like a bad smell for some time.

However, if the company wants us to forget about the 2015 spying television scandal or last year’s Note 7 scandal, Wednesday night’s launch of the Galaxy S8 was a decent start.
The S8 was bombastically presented, hyped up as the biggest design revolution in mobile phones since the original iPhone.

Samsung’s opening gambit was that handsets had morphed over the decades from huge bricks with protruding aerials to miniature flip phones to today’s rectangular smartphones, yet has moved on little in recent years.

The S8, so the pitch goes, is the next era: big screens that break outside of the confines of the smartphone’s physical boundaries.
The S8 isn’t the equivalent of the leap from the flip phone to the iPhone, but it is an impressive feat of engineering: pushing the boundaries of how much real estate a screen can occupy in a device that comfortably fits in every pocket. 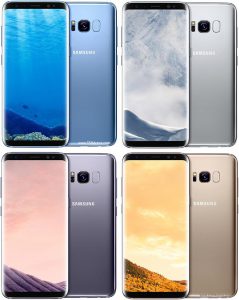 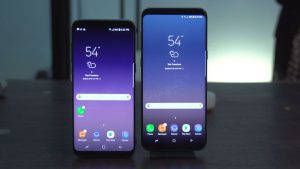 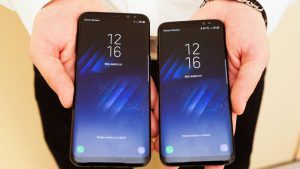 While the curved display has featured in previous Samsung phones, the S8 is clearly a step up: its front is so dominated by the screen that there is no room for a home button, or even the Samsung logo.
The S8’s standout statistic is 83.6 per cent, the phone’s screen-to-body ratio, which compares to 72 per cent for its predecessor the S7, and 65.6 per cent for the iPhone 7 and 7 plus. The S8 does indeed make the iPhone 7 look rather archaic.
Apple’s operating system iOS is still far more glitch free, smoother, more secure, robust, and reliable with greater longevity than the more customisable yet problematic Android software that the Samsung S8 runs, yet when it comes to design, Samsung is far in the lead at this stage. The S8 is a glorious-looking device and photos don’t really do it justice. In person, people will coo over the design that users hav been calling for for years.

The iPhone 7  and 7 plus have sold in record numbers, particularly the larger plus model and remains the industry’s best phone on many fronts, but it hasn’t gone unnoticed that Apple has employed the same fundamental shape and size for three years running, with the iPhones 6, 6S and 7 and 6 plus, 6S plus and 7 plus all sharing almost identical chassis. Users are getting itchy for another breakthrough design, which recent patents from Apple suggest are coming this Autumn.
Samsung does have the first mover advantage: it releases its top phones in the Spring while Apple waits until the Autumn. However the S8 and S8+ launch means that if Apple doesn’t give us something new, difficult questions will be asked. The ball is now in Apple’s court.
All signs do point to Apple preparing a makeover for the next iPhone (Rumoured to skip the name 7S and to adopt iPhone 8 or iPhone X in commemoration of the iPhone’s 10th anniversary.) , which should be unveiled this September.

Rumours and Apple leaks and patents suggest that the home button, camera and speakers will be hidden behind a perforated edge to edge screen and that the new phone may also feature a curved screen as well as wireless charging.
If this is true, it would be the biggest change to the iPhone since its introduction 10 years ago. It’s just what Apple needs to do to raise the bar that Samsung has now set.

The Samsung S8 and S8+ have moved the fingerprint scanner to the back of the phone as the Google Pixle did last year. The phones which now mimic the iPhone and iPhone plus dual size set up also have identical camera specs to the iPhone, with a Samsung and Apple offering water resistant handsets since the S7 and iPhone 7.

The rivalry in specs and even names is no coincidence direct comparisons are intended to be drawn.

Users choices will ultimately boil down to preference of customisation of Android, with expandable memory, access to file systems and the ability to install apps from any source. Or the reliability of Apple’s iOS which is undisputably smoother, more secure and less prone to glitches and problems.

Then of course there is the issue of trust. After a few years running of dramatic revelations about Samsung’s smart devices spying on users private conversations, phones exploding and devices dying with the inability to charge. Samsung’s reputation and trust levels have never been lower.