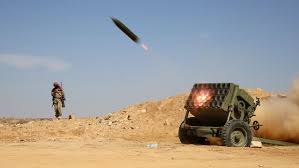 Yemen has launched missiles at cities in Saudi Arabia

Saudi Arabia’s air defense forces intercepted four ballistic missiles on the 28th March 2017, launch by Houthi rebels in Yemen, according to a reputable Saudi Press Agency it has emerged during a pan-Arab press conference today. 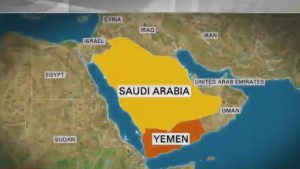 The missiles were launched “towards the cities of Khamis Mushait and Abha at 06:40 on Tuesday and they were intercepted and destroyed without causing any damage” the state owned news agency said.

Air forces from the Saudi coalition in Yemen responded by targeting the launching sites.
Saudi forces have safely intercepted dozens of missiles since the coalition entered conflict in 2015.

One launch earlier this month targeted the Saudi city of Jizan and another was claimed to have fallen short of the Saudi border killing 22 worshipers and wounded dozens more at a mosque in Yemen’s Marib Province, according to SPA.

The Coalition Command was quoted as saying the launches were evidence of the continuing smuggling of weapons to Yemen, “especially from the port of Hodeidah.”

Last week the coalition called for the United Nations to place the port under its supervision following an incident in which 42 Somalis were killed on a refugee boat. The coalition denied responsibility for the attack.

The UN later refused the request and said yesterday it was considering using other ports to deliver aid to the country due to damage as a result of military activity.

Yemeni armed forces, local militias and the US-backed coalition began an offensive on the Red Sea coast in January to deprive the Houthi alliance and forces loyal to former elected president president Ali Abdullah Saleh access to the port.

At least 10’000 people, mostly civilians have been killed in fighting in the country, according to international reports.

Many accus the US-Saudi coalition of trying to enforce illegal regime change in Yemen through use of military intervention.

Saudi Arabia claims it is protecting the stability of it’s southern border with Yemen.