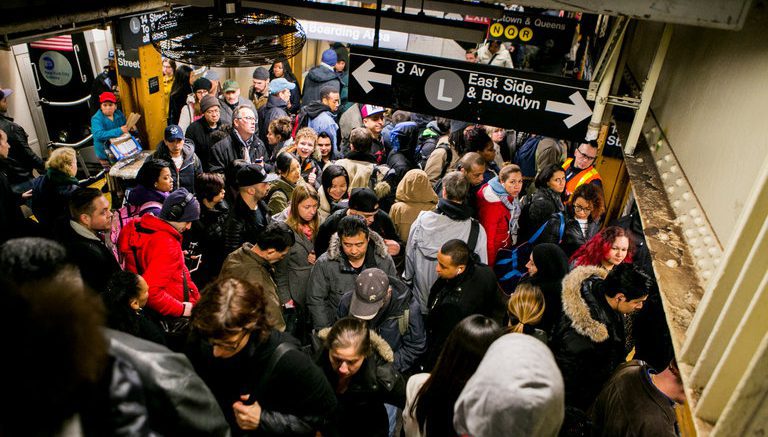 A 13-year-old girl has been killed after she dropped her mobile phone on to New York subway tracks and was struck by a train while trying to recover it.
The girl, identified as Diana Kadribasic, died on Sunday after she was hit by an R train at the 63rd Drive-Rego Park station.

Police said the train ploughed through the station as the girl was trying to climb back on to the platform.
She was taken to Elmhurst Hospital, where she died, police said.

Commuter Stephen Topete told The press that people were crying on the platform after the incident.

After the accident, New York City Transit released a statement urging customers to alert subway staff if they drop something on to the tracks rather than trying to recover it themselves.

In most major cities such as New York and London you are committing a criminal offence of Trespass and Public Endangerment if you go on to the tracks, survivors are often jailed.