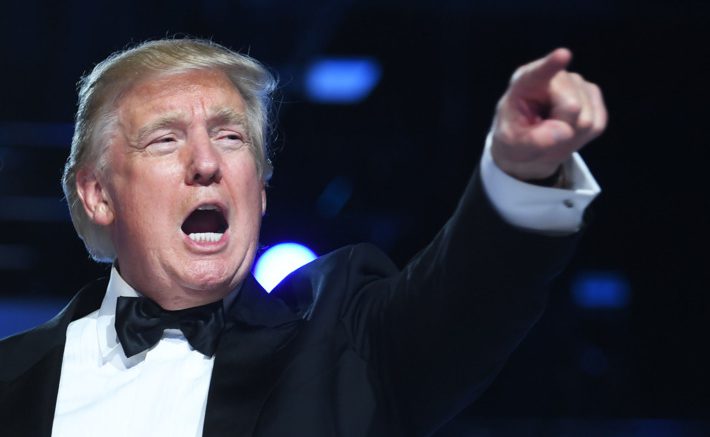 Trump has issued hostile ultimatums towards China and North Korea

US President Donald Trump has said he will not rule out taking action against North Korea even if he cannot achieve an agreement with China.

In an interview with the Financial Times, Trump said: “Well if China is not going to solve North Korea, we will. That is all I am telling you.”

Trump will meet his Chinese counterpart Xi Jinping on Thursday in his Mar-a-Lago resort in Florida, with North Korea and the US trade deficit high up the agenda.

The President told the FT that China has “great influence” with North Korea and could help the US.

Trump said: “If they do, that will be very good for China, and if they don’t, it won’t be good for anyone.”

Trump also said he will push China to cut its trade surplus with the US, a key part of his economic nationalist campaign platform.

When asked how he would achieve this he said: “By telling China that we cannot continue to trade if we are going to have an unfair deal like we have right now. This is an unfair deal.”

Trump repeated the accusation that China manipulates its currency to boost exports at the expense of US workers who would otherwise manufacture the products consumed in the world’s largest economy.

While the White House has yet to officially brand China a currency manipulator, a move which would enable legal action under the World Trade Organization, Trump and his economic advisers have repeatedly made it clear reducing the US trade deficit with China is a major policy priority.

Trump did not address another policy priority, tax reform plans, in any detail. However, he did say he would try to gain Democrat support for another attempt at his failed healthcare reforms.

It sounds like an unrealistic dream for Trump to expect China to give in to threats of trade embargos from the US given that it would cause more damage to the US than China.

Trying to force China’s hand into backing US military action in North Korea via threats is perhaps not the smartest move Trump has ever tried.