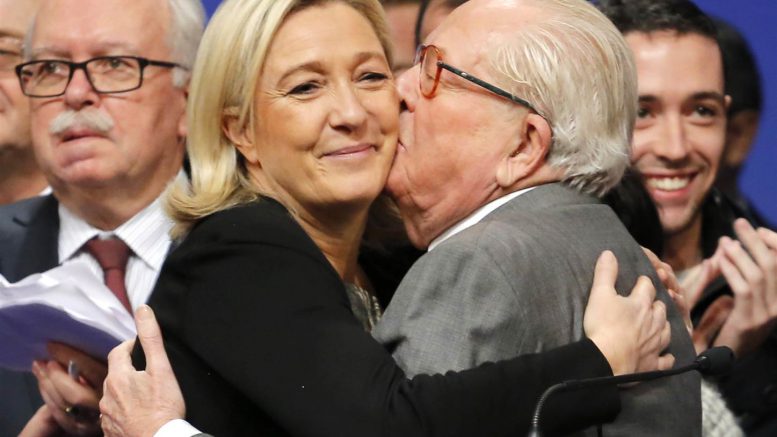 Marine Le Pen steps down as face of far-right France

The party leader of Frances far-right National Front, Marine Le Pen last night came second in the first round of the French Presidential election, putting her through to the final run-off next week

It appeared to be an attempt to distance herself from the racist element of her party and appeal to a wider range of potential voters.

The party leader last night came second in the first round of the French Presidential election, putting her through to the final run-off next week.

Far right movements have rapidly gathered momentum across Europe over recent years with staggering concequenses including increased violent hate crime figures in the hundreds of per cent, and a broader fence being build around the Balkans to separate Europe from the Balkans & Middle-East region.