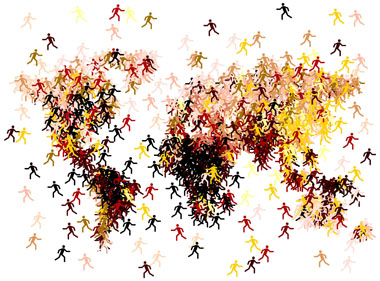 Lebanon | Lebanese President Michel Aoun and Prime Minister Saad Hariri signed a decree on Thursday in front of an audience of over 1’000 members of the Lebanese diaspora with the aim of encouraging them to reclaim their Lebanese citizenship and return home to Lebanon.

The decree was signed as part of the fourth annual Lebanese Diaspora Energy Conference, hosted by the Foreign Ministry. At the Cabinet meeting following the event, Aoun, Hariri and Interior Minister Nouhad Machnouk officially granted Nazih Mikhael Khazzaka Lebanese citizenship, the first diaspora member to gain a passport under Law 441, passed in 2015.

Speaking at the event held at the Beirut International Exhibition and Leisure Center, Aoun told conference attendees, “You belong to a small nation on the coast of the Mediterranean Sea whose geographical footprint doesn’t even allow for its name to be written completely across a map.”

Aoun rhetorically asked, “What is greater than returning to the motherland to which you belong?”

Also at the conference, Foreign Minister Gebran Bassil renewed calls for a number of parliamentary seats to be allocated for the diaspora. “It is your right to have MPs that represent you and that is why we are fighting to have six seats in our Parliament [for you], one for each continent. … Stay Lebanese,” Bassil said.

Some members of the Lebanese diaspora were visiting the country for the first time to attend the conference. A group of around 10 Argentines of Lebanese origin sat together, with one woman telling The Daily Star this was her first time in the country. “After attending the LDE conference in Sao Paulo [last year], I decided to come to this year’s conference in Beirut,” she said.

Among the keynote speakers were former Dominican Republic presidential candidate Luis Abinader. The current front-runner for the island nation’s 2020 presidential elections told the audience that between 80’000 and 100’000 Dominicans are descendants of Lebanese immigrants “who have successfully integrated into the Dominican society.”

Former United States congressman Nick Rahall spoke of his pride at being Lebanese, saying, “Khalil Gibran was so correct when he penned the words, ‘He who denies his heritage, has no heritage.’ My heritage is Lebanon.”

Rahall described the Lebanese diaspora as “the beating heart that pumps the blood of life to the entire world.” He also made reassurances of America’s commitment to Lebanon, saying, “We continue to believe strongly in a sovereign, free and independent Lebanon.

Son of deceased Lebanese President Rene Moawad, Michel, told international press that the Foreign Ministry’s work was commendable and that the conference was a good contribution to the development of the country. “We have many problems in Lebanon, but we are not the only country in the world with problems. … In order to solve these problems, we must start with communication between Lebanese inside and outside of the country.”

Mishel remained upbeat, highlighting the numbers the conference drew. “Who would have thought, five years ago, that this event would be this successful?”

Several Middle-Eastern (Arab, Balkan & Persian) such as Lebanon, Bosnia, Syria, Iraq and Afghanistan have very high levels of global diaspora with some smaller nations having larger diaspora than they do official national population.

Most notably the Islamic Federation of Bosnia which shattered into a plethora of countries after the genocide and fall of Yugoslavia in the 1990s saw millions flee ethnic cleansing and genocide taking up residence in all corners of the globe. Similarly and more recently Syrian refugees have fled war and invasion in their millions, however notably less far a field with the majority settling in Turkey, neighbouring countries or the EU.