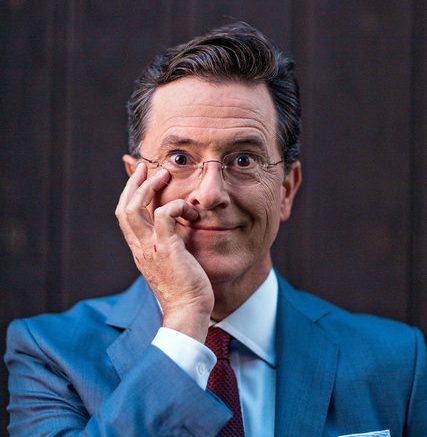 US comedian Stephen Colbert is to be investigated by the Federal Communications Commission (FCC) over a joke about President Donald Trump.

The body’s chairman Ajit Pai said it received several complaints about the monologue, which some viewers branded homophobic.

Pai told radio host Rich Zeoli he had now had a chance to watch the controversial clip, which aired on Colbert’s CBS programme The Late Show last Monday.

“We have received a number of complaints,” Pai said. “We’ll follow the standard operating procedures, as we always do, and make sure we evaluate what the facts are and apply the law fairly and fully.”

The FCC is a US Federal government agency which regulates TV and radio broadcasters.

CBS could be fined if it decides that Colbert’s joke was indecent.

The FCC definition includes remarks that appeal to “an average person’s prurient interest” or that “depict or describe sexual conduct in a ‘patently offensive’ way; and, taken as a whole, lack serious literary, artistic, political or scientific value”.

Despite demands for him to be fired over the alleged slur, Colbert said on Wednesday that he would change “some of the words” in the monologue but did not regret it.

Colbert then offered an olive branch to the LGBT community, saying: “Anyone who expresses their love for another person in their own way is, to me, an American hero.”

One Trump supporter who took part in the movement #GaysForTrump, tweeted on Wednesday that Colbert’s original rant was “homophobic” and “disgusting”, while others repeated calls for his sacking.

A Twitter account devoted to getting Colbert sacked was set up on 3 May under the handle @firecolbert.
Many defended the comedian, however.

“It’s really rich that the people who are calling Colbert a homophobe are the Trump voters who are actively working against gay rights,” tweeted Tammie Willis

Others noted that Trump had himself been recorded using obscene language, including bragging to TV host Billy Bush about trying to have sex with a married woman.

Former Republican Governor and presidential hopeful Mike Huckabee argued that the TV host should be protected by the First Amendment, which enshrines the right to free speech in the US.

“Don’t let gov’t decide when speech is ok,” he tweeted.

The former GOP presidential hopeful is himself under fire for insensitive comments, after tweeting that he would celebrate the Latino “Cinco de Mayo” holiday by drinking a jar of “hot salsa” and watching old Speedy Gonzales cartoons.

The 5 May celebration commemorates Mexico’s military victory over French forces at the Battle of Puebla in 1862.