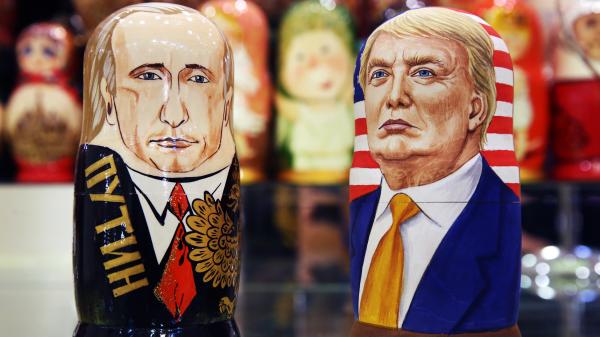 US President Trump revealed highly classified information to the Russian foreign minister and ambassador in a White House meeting last week, according to current and former US officials, who said Trump’s disclosures jeopardized a critical source of intelligence regarding the Middle East.

The information the president relayed had been provided by a US partner through an intelligence-sharing arrangement considered so sensitive that details have been withheld from allies and tightly restricted even within the US government, officials said.

The partner had not given the United States permission to share the material with Russia, and officials said Trump’s decision to do so endangers cooperation from an ally that has access to the inner workings of forces the US is at war with including Daesh.

After Trump’s meeting, senior White House officials took steps to contain the damage, placing calls to the CIA and the National Security Agency.
“This is code-word information,” said a US official familiar with the matter, using terminology that refers to one of the highest classification levels used by US spy agencies.

Trump “revealed more information to the Russian ambassador than we have shared with our own allies.”

The revelation comes as the president faces rising legal and political pressure on multiple Russia-related fronts.

Last week, he fired FBI Director James B. Comey in the midst of a bureau investigation into possible links between the Trump campaign and Moscow.

Trump’s subsequent admission that his decision was driven by “this Russia thing” was seen by critics as attempted obstruction of justice.

It was during that meeting, officials said, that Trump went off script and began describing details of a Daesh terrorist threat related to the use of laptop computers on aircraft.
For almost anyone in government, discussing such matters with an adversary would be severely illegal with charges equal to or even greater than those aimed at the like dog Snowden, Manning and Assange brought against them.

As president, Trump has broad authority to declassify government secrets, making it unlikely that his disclosures broke the law.

“The president and the foreign minister reviewed common threats from terrorist organizations to include threats to aviation,” said H.R. McMaster, the national security adviser, who participated in the meeting. “At no time were any intelligence sources or methods discussed, and no military operations were disclosed that were not already known publicly.”

McMaster reiterated his statement in a subsequent appearance at the White House on Monday and described the Washington Post story as “false,” but did not take any questions.

In their statements, White House officials emphasized that Trump had not discussed specific intelligence sources and methods, rather than addressing whether he had disclosed information drawn from sensitive sources.
The CIA declined to comment, and the NSA did not respond to requests for comment.
Officials expressed concern about Trump’s handling of sensitive information as well as his grasp of the potential consequences. Exposure of an intelligence stream that has provided critical insight into groups such as Daesh, they said, could hinder the United States’ and its allies’ ability to detect future threats.

“It is all kind of shocking,” said a former senior U.S. official who is close to current administration officials. “Trump seems to be very reckless and doesn’t grasp the gravity of the things he’s dealing with, especially when it comes to intelligence and national security. And it’s all clouded because of this problem he has with Russia.”

In his meeting with Lavrov, Trump seemed to be boasting about his inside knowledge of the looming threat. “I get great intel. I have people brief me on great intel every day,” the president said, according to an official with knowledge of the exchange.

Trump went on to discuss aspects of the threat that the United States learned only through the espionage capabilities of a key partner.

He did not reveal the specific intelligence-gathering method, but he described how Daesh was pursuing elements of a specific plot and how much harm such an attack could cause under varying circumstances.

Most alarmingly, officials said, Trump revealed the city in Daesh’s territory where the US intelligence partner detected the threat.

The concern is that this leak could loose the US it’s key Middle Eastern source of intelligence both casting US influence in the region out ever further as well as risking exposing insights into sectretive US intelligence operative systems allowing for cracks and ways in that groups could utilise to gain information to use against the US and their allies.