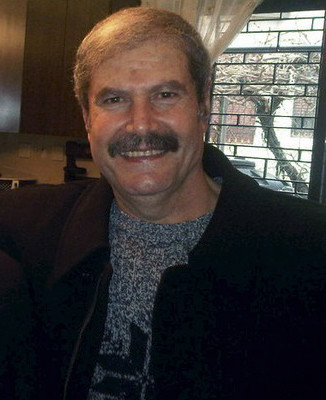 When Israeli forces showed up last week to arrest 66-year-old writer Ahmad Qatamesh at his home in the illegally occupied West Bank in Palestine, his wife says she was overcome with shock and confusion.

“Why now? Why him? He’s old, he has health problems, and he’s just doing what he knows: speaking,” said Suha Barghouti, Qatamesh’s wife. “Our family and friends are shocked,” she told Al-Sahawat Times in Ramallah.

Israeli soldiers arrested Qatamesh, a public intellectual and celebrated author known for his writing and lectures, during the pre-dawn hours of 14 May 2017 after raiding his brother’s nearby home.

On Wednesday, Israel placed Qatamesh under administrative detention, a practice in which Palestinians are jailed on “secret evidence” without charges or a trial. A practice illegal under international laws.

Barghouti maintains that he has no connections to political organisations and believes he is being targeted for his ideas.

“They shouldn’t arrest him for talking to people and writing … It must be personal.”

Israeli intelligence has called Qatamesh in for interrogation several times during the past year, Barghouti added, often warning him to not speak too provocatively about prisoners’ rights and other struggles. An Israeli military court judge still has to approve the three-month administrative detention order in the coming days.

At time of publication, the spokesperson for the Shin Bet, the Israeli intelligence agency, had not replied to Al-Sahawat Times or Al-Jazeera on request for a comment.

According to The Times of Israel, the Shin Bet has accused Qatamesh of membership of the Popular Front for the Liberation of Palestine (PFLP), a left-wing political party.

Throughout last month, Qatamesh was very vocal in his support for the ongoing mass hunger strike in Israeli jails, where Palestinian political prisoners have been fasting for 34 days.

Addameer, a Ramallah-based prisoners’ rights group, condemned in a statement Israel’s arrest of Qatamesh, saying that the arrest “suggests he is still being targeted for his writings and activism”. Of the 6’300-plus Palestinians in Israeli jails, Addameer says that at least 500 are being held as administrative detainees.

The Palestinian Ma’an News Agency estimates that 1’300 prisoners are currently on hunger strike, while Israeli media reports say they number around 800.

Farah Bayadsi, a lawyer at Addameer, explained that Qatamesh’s arrest comes at a crucial moment during the prisoners’ hunger strike. “Israeli [prison authorities] have been delaying visits by families and lawyers and sometimes denying them altogether,” she told the press.

“They don’t want the families and the lawyers to see the health situation of the striking prisoners.”

Altogether, Qatamesh has spent more than 13 years in jail, spread out through several different stints. First arrested in the 1970s, he was jailed for more than four years for alleged involvement in the PFLP.

He was released in 1976 and went into hiding to avoid rearrest until the early 1990s.

In 1992, Israel arrested him yet again and placed him under administrative detention for more than six years. In his book I Shall Not Wear Your Tarboush, Qatamesh wrote about torture and rights violations he says he endured during that period.

He was arrested yet again in April 2011 and placed under administrative detention for more than two-and-a-half years. In 2013, Amnesty International deemed him a “prisoner of conscience” while he was still behind bars and called for his release.

Tariq Dana, a policy adviser at Al-Shabaka: The Palestinian Policy Network, says Israel has a long history of targeting Palestinian intellectuals as a way of crippling civil society.

“It appears that targeting intellectuals, via assassination, expulsion and imprisonment, is central to Israel’s strategy against Palestinian resistance,” Dana told Al Sahawat Times.

Palestinian writer Ghassan Kanafani was assassinated by a car bomb planted by the Israeli Mossad in Beirut in 1972, Dana noted, also alluding to the 1972 assassination of translator Wael Zwaiter in Rome and the 1973 killing of poet Kamal Nasser in West Beirut.

More recently, on 6 March 2017, Israeli forces killed Palestinian activist and author Basil al-Araj during a raid on his hideout in the West Bank town of Al-Bireh. Israeli officials claimed Al-Araj had been planning attacks on Israeli targets.

“The arrest of Ahmad Qatamesh is part of this policy because Palestinian revolutionary intellectuals are very influential in advancing resistance agenda, especially in the absence of political leadership and strategy,” Dana said.

For her part, Barghouti said her husband is not involved in any political organisation. “He doesn’t hide his opinions. He announces them,” she explained. “This is his character. He’s political and he’s an intellectual, but he has nothing to do with any organisation at all. He always speaks with the youth.”

Qatamesh’s arrest has already taken a toll on their family, who never imagined to see him back behind bars. “Our daughter grew up visiting him in jail, and now he’s back again,” Barghouti said.

“She was crying when she heard the news and said she hopes he’s safe and wishes she could hug him.”