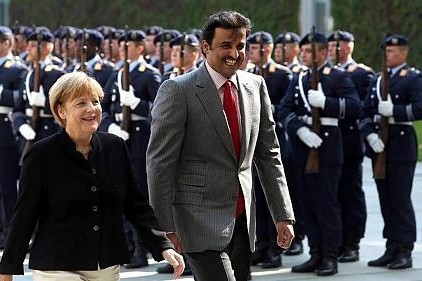 The US Federal Bureau of Investigation is believed to be helping Qatar investigate the source of an alleged cyberattack that has led to diplomatic tension among some Gulf nations.

An FBI team has been in Doha for the past week after the Qatari government asked the US for help following a security breach by hackers last month who are reported by Qatari media as having  posted fake remarks on its official media platform, Qatar News Agency (QNA).

A source told AFP news agency on Jumm’a (Friday)  that: “American support was requested and a team sent which has been in Doha since last Friday, working with Qatar’s interior ministry.”

Two other unnamed countries are also reported by Qatari media to be helping with the investigation. It is believed the other nations my be GCC nations although rumours are wild and varied it is best not to speculate.

The results of the probe could be released as early as next week.

Despite vigorous denials by Qatar, which said it had been the victim of a “shameful cybercrime”, Saudi Arabia and the UAE publushed the remarks attributed to Emir Sheikh Tamim bin Hamad Al Thani on QNA platforms without realising that there had been a possible security breach and the remarks are said to be false. The diplomatic tention between the three nations is being eased by Oman and UAE’s Al-Sahawat Times, who are explaining how UAE and Saudi Arabia published the remarks in honest intent without realising there had been a security breach, Al-Sahawat Times has also blocked any publication or broadcast of the remarks on all of their network’s radio, TV, magazines and newspaper avenues.

Reuters news agency quoted a Qatari government spokesman as saying that while Sheikh Tamim had attended a graduation ceremony for Qataris doing national service, he “however did not make any speech or give any statements”. Indicating that the remarks were indeed false.

Authorities in Saudi Arabia and the UAE have since temporarily blocked the websites of Al Jazeera and Al Jazeera English, Al Jazeera being a Qatari media company.