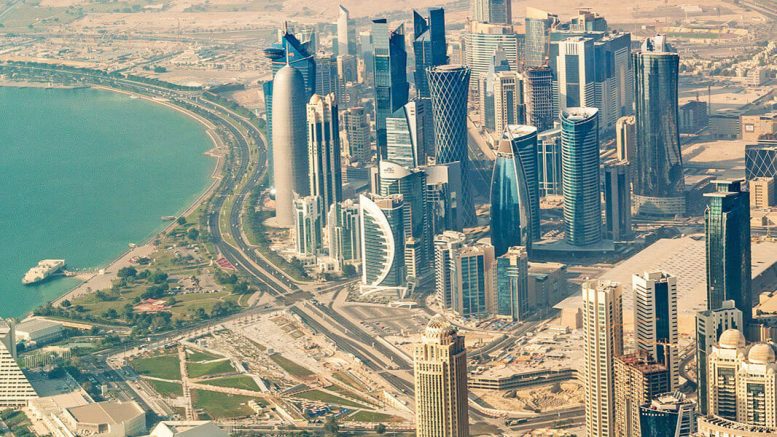 Four Arab nations; Saudi Arabia, Egypt, Bahrain, the United Arab Emirates and Yemen have cut diplomatic ties with Qatar, accusing it of destabilising the region. The ban on Qatari media agency Al Jazeera has been extended.

They say Qatar backs militant groups including Daesh and al-Qaeda, which Qatar has denied.

Qatar called the decision “unjustified” and with “no basis in fact”.

The unprecedented move is being seen as a significant split between powerful Gulf countries, who are also close US allies.

It comes in the context of increased tensions between Gulf countries and their near-neighbour Iran. The Saudi statement accused Qatar of collaborating with Iranian backed sectarian militias.

The diplomatic withdrawal was put into motion by Bahrain then Saudi Arabia early on Monday. Their allies swiftly followed.

SPA cited officials as saying the decision was taken to “protect its national security from the dangers of terrorism and extremism”.

The three Gulf countries have given Qatari nationals two weeks to leave their territory.

In the latest developments:

While the severing of ties with Qatar was sudden, it has not come out of the blue, as tensions have been building for years, and particularly in recent weeks.

The government in Doha dismissed the comments as fake, attributing the report to a “shameful cybercrime”. Stating that the news portal was hacked.

Back in 2014, Saudi Arabia, Bahrain and the UAE withdrew their ambassadors from Qatar for several months in protest over alleged interference in their affairs.

While Qatar has joined the US coalition against Daesh, the Qatari government has been forced to repeatedly deny accusations from Iraq’s Shia leaders that it provided financial support to Daesh.

However, wealthy individuals in the emirate are believed to have made donations and the government has allegedly given money and weapons to groups in Syria, much like USA, UK and many EU. Qatar is also accused of having links to a group formerly known as the Nusra Front, an alleged al-Qaeda affiliate.

The SPA statement accused Qatar of backing these groups, as well as the widely-outlawed Muslim Brotherhood, and that it “promotes the message and schemes of these groups through their media constantly”.

Saudi Arabia, a Sunni majority country, also accused Qatar of backing Shia militants in Bahrain and in the eastern Saudi province of Qatif. Qatar has repeatedly denied ties to Iran or any Shia groups in the past.

While on a visit to Riyadh two weeks ago, the US President Donald Trump urged Muslim countries to take the lead in combating radicalisation, and blamed Iran for instability in the Middle East.

Saudi Arabia has also been accused of funding Daesh, either directly or by failing to prevent private donors from sending money to the group, allegations it strongly denies.

In recent days, British Prime Minister Theresa May has also come under pressure from election rivals to publish a report thought to focus on the funding of UK extremist groups by Saudi Arabia. The UK, a close financial, trade and military allay of Saudi Arabia is unlikely to do so.

Qatar, which is due to host the football World Cup in 2022, was critical of the decisions of their Arab neighbours, in comments broadcast on Al Jazeera.

“The measures are unjustified and are based on claims and allegations that have no basis in fact,” Al Jazeera quoted the foreign ministry as saying. It said the decisions would “not affect the normal lives of citizens and residents”.

US Secretary of State Rex Tillerson, speaking in Sydney, urged the countries to resolve their differences through dialogue.

“I do not expect that this will have any significant impact, if any impact at all, on the unified fight against terrorism in the region or globally,” he added.

One of the likely knock-on effects is on food stability: every day, hundreds of lorries cross the Saudi-Qatari border, and food is one of the main supplies. About 40% of Qatar’s food is believed to come via this route.

Sheikh Shamsaldin Qais Sulayman Al-Said has called for unity through peace and unarmed humanitarian and educational aid his public spokesman said at a press conference in Dubai.