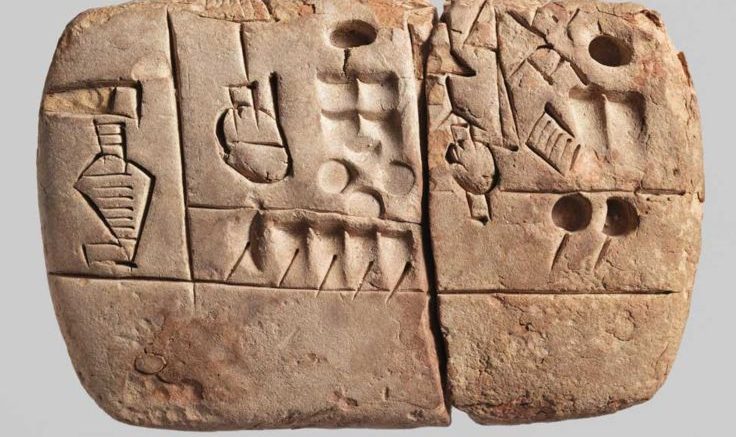 The ancient Egyptians in the age of Jahiliyyah used to believe that literacy was divine, a gift from baboon-faced Thoth, their deity of knowledge.

Scholars no longer embrace that theory, but why ancient civilisations developed writing was a mystery for a long time. Was it for religious or artistic reasons? To communicate with distant armies?

The mystery deepened in 1929, when a German archaeologist named Julius Jordan unearthed a vast library of clay tablets that were 5’000 years old.

They were far older than the samples of writing already discovered in China, Egypt and Mesoamerica, and were written in an abstract script that became known as “cuneiform”.

The tablets came from Uruk, a Mesopotamian settlement on the banks of the Euphrates in what is now Iraq. 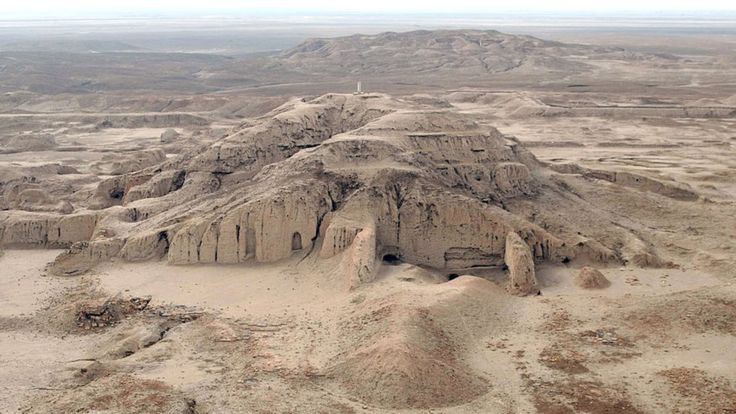 Uruk was small by today’s standards – with only a few thousand inhabitants – but in its time was huge, one of the world’s first true cities.

“He built the town wall of ‘Uruk’, city of sheepfolds,” proclaims the Epic of Gilgamesh, one of the earliest works of literature. “Look at its wall with its frieze like bronze! Gaze at its bastions, which none can equal!”

This great city had produced writing that no modern scholar could decipher. What did it say?

Uruk posed another puzzle for archaeologists, although initially it seemed unrelated.

The ruins of Uruk and other Mesopotamian cities were littered with little clay objects, conical, spherical and cylindrical. One archaeologist quipped they looked like suppositories.

Julius Jordan was a little more perceptive. They were shaped, he wrote in his journal, “like the commodities of daily life, jars, loaves, and animals”, although they were stylised and standardised.

But what were they for? Nobody could work it out.

Nobody, that is, until the French archaeologist Denise Schmandt-Besserat.

In the 1970s, she catalogued similar pieces found across the region, from Turkey to Pakistan, some of which were over 9’000 years old.

Correspondence counting is easy: you don’t need to know how to count, you just need to look at two quantities and verify that they are the same.

The technique is older even than Uruk.

The 20’000-year-old Ishango Bone, found near one of the sources of the Nile in the Democratic Republic of Congo, seems to use matched tally marks on the thigh bone of a baboon for correspondence counting.

But the Uruk tokens took things further: they were used to keep track of counting lots of different quantities, and could be used both to add and to subtract.

Remember, Uruk was a great city. There was a religious order, there were craftsmen. Food was gathered from the surrounding countryside.

An urban economy requires trading, and planning, and taxation too. Picture the world’s first accountants, sitting at the door of the temple storehouse, using the little loaf tokens to count as the sacks of grain arrive and leave.

Denise Schmandt-Besserat pointed out something else revolutionary. The abstract marks on the cuneiform tablets matched the tokens. Everyone else had missed the resemblance because the writing didn’t seem to be a picture of anything. 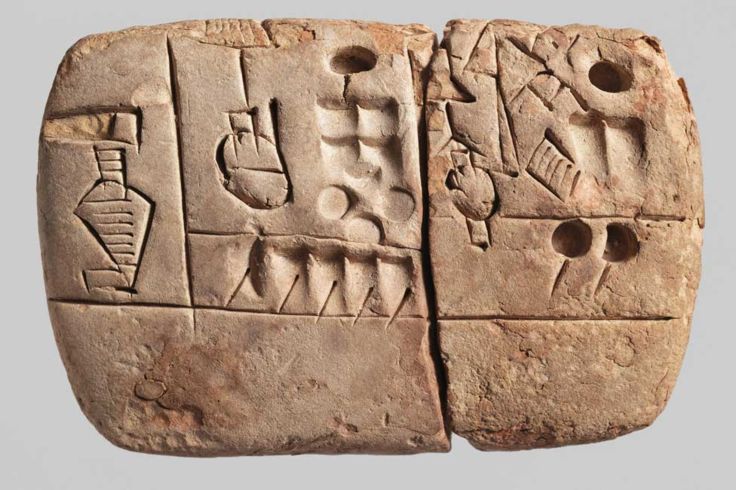 In fact, it may be that the first such tablets were impressions of the tokens themselves, pressing the hard clay baubles into the soft clay tablet.

Then those ancient accountants realised it might be simpler to make the marks with a stylus. So cuneiform writing was a stylised picture of an impression of a token representing a commodity. No wonder nobody had made the connection before Schmandt-Besserat.

The world’s first written contracts, too, since there is just a small leap between a record of what has been paid, and a record of a future obligation to pay.

The combination of the tokens and the clay cuneiform writing led to a brilliant verification device: a hollow clay ball called a bulla. On the outside of the bulla, the parties to a contract could write down the details of the obligation, including the resources that were to be paid.

On the inside of the bulla would be the tokens representing the deal. The writing on the outside and the tokens inside the clay ball verified each other.

We don’t know who the parties to such agreements might have been, whether they were religious tithes to the temple, taxes, or private debts, is unclear. Such records were the purchase orders and the receipts that made life in a complex city society possible.

This is a big deal.

Uruk’s accountants provided us with another innovation, too.

At first, the system for recording five sheep would simply require five separate sheep impressions. However that was cumbersome. A superior system involved using an abstract symbol for different numbers, five strokes for five, a circle for 10, two circles and three strokes for 23.

The numbers were always used to refer to a quantity of something: there was no “10” only “10 sheep”.

The numerical system was powerful enough however to express larger quantities, hundreds, and thousands.

It was an unpayable bill some 600 times the modern USA’s annual production of barley. Yet it was an impressively big number. It was also the world’s first written evidence of compound interest.

In all it is quite a set of achievements.

The citizens of Uruk faced a huge problem, a problem that is fundamental to any modern economy, how to deal with a web of obligations and long-range plans between people who did not know each other well, who might perhaps never even meet.

Solving that problem meant producing a string of brilliant innovations: not only the first accounts and the first contracts, but the first mathematics and even the first writing.

Writing was a tool that was developed for a very clear reason: to run an economy.