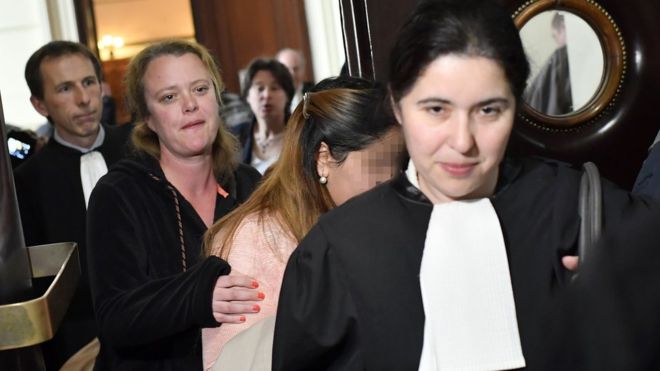 A Brussels court has handed a 15 month suspended prison sentence to eight Arab princesses. The widow of an Abu Dhabi sheikh and her seven daughters were found guilty of human trafficking and degrading their servants.

Eight princesses from Abu Dhabi’s ruling Al-Nahyan family were each given a 15 month suspended prison sentence and fined 165’000 euros a court in Belgium found them guilty of human trafficking and degrading their servants.

The incident dates back to 2008, when Princess. Sheikha. Al-Nahyan and her seven daughters rented an entire floor in Brussels’ Conrad Hotel for several months and brought more than 20 servants with them.

According to the prosecution, the workers were “treated like slaves” and forced to attend to the princesses’ every wish 24 hours a day, while not being given enough food or beds to sleep in. Prosecutors said the princesses had also confiscated their passports and refused to pay their salaries.

Authorities were made aware of the degrading conditions after one servant ran from the hotel and reported the case to the police, who subsequently raided the hotel.

Owing to a lack of evidence, however, the princesses, none of whom appeared in court during the proceedings, were not found guilty of subjecting the servants to inhumane conditions, a more serious charge.

They were also found innocent of any violation of Belgian labour laws, despite the servants allegedly not having the necessary visas or work permits. The servants were found to be employed by a private company known as Private Department, rather than directly by the princesses themselves.

The prosecution and the defence both indicated that they intended to challenge the verdict.

The prosecution was initially seeking a fine of 1.9 million euros. Lawyers for the servants had also pointed out that members of the Sheikh’s family were registered as the company owners.

The Princesses are said to intend to appeal the court’s ruling.