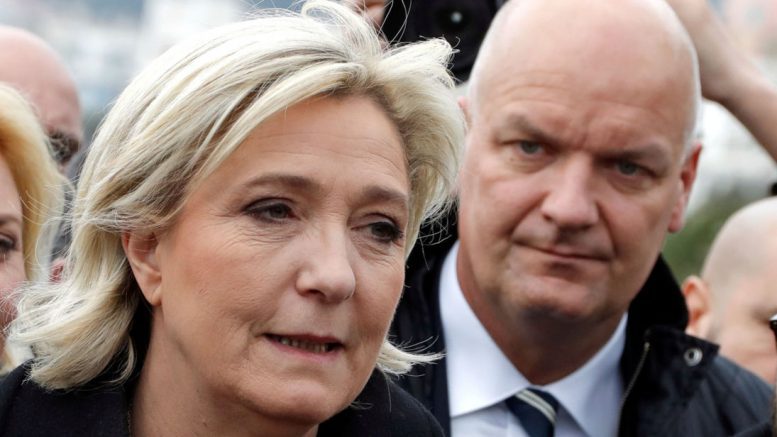 The allegations were passed to French investigators who have opened a criminal case.

The European parliament suspects some €5m went to assistants of Ms Le Pen’s personal far right, National Front (FN) ambitions. Payments are alleged to have been diverted from European funds to Le Pen and her National Front team, who were, and are, not working for MEPs but were actually engaged in far right FN party work in France.

Ms Le Pen, 48, has denied any wrongdoing and has said the case is politically motivated.

The alleged fraudulent payments from 2012 onwards concern her and several other FN MEPs.

The allegations first arose on 27 April, ahead of the second round of voting in the French presidential election.

Le Pen later managed to win a single seat in the French parliament in legislative elections.