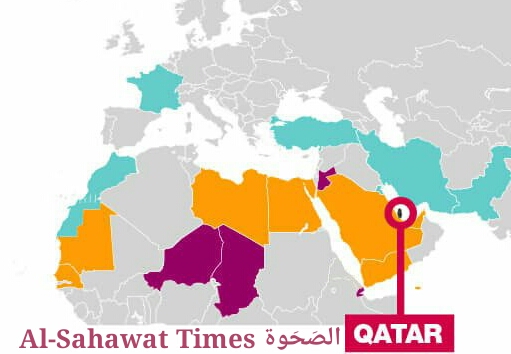 On May 23, Qatar woke up to news of a hack attributing false statements to the emir of Qatar.

The fake news was aired on several UAE and Saudi-owned networks in the Gulf.

This sparked a series of diplomatic breakdowns between the GCC countries.

However many Arab speaking nations have stated that the break down in diplomatic relations is not due to the comments made on Qatari state television QNA, but rather allegations that Qatar is sponsoring militant groups that other GCC nations claim are destabilising the region and threatening their national security and interests.

The GCC nations have requested Qatar stop backing a selected list of group in the region. Qatar has claimed these requests are a bully move to force a sovereign nation to change its foreign policy.

GCC nations involved have reiterated that no regime change is sought, only a review of regional multilateral security alliances to restabilise the region.

The latest developments include severing of diplomatic ties between several Gulf and North African states and Qatar, an embargo imposed on Qatar, with air, sea and land borders shut down, and Qatari diplomats and residents expelled from three of the Gulf countries. 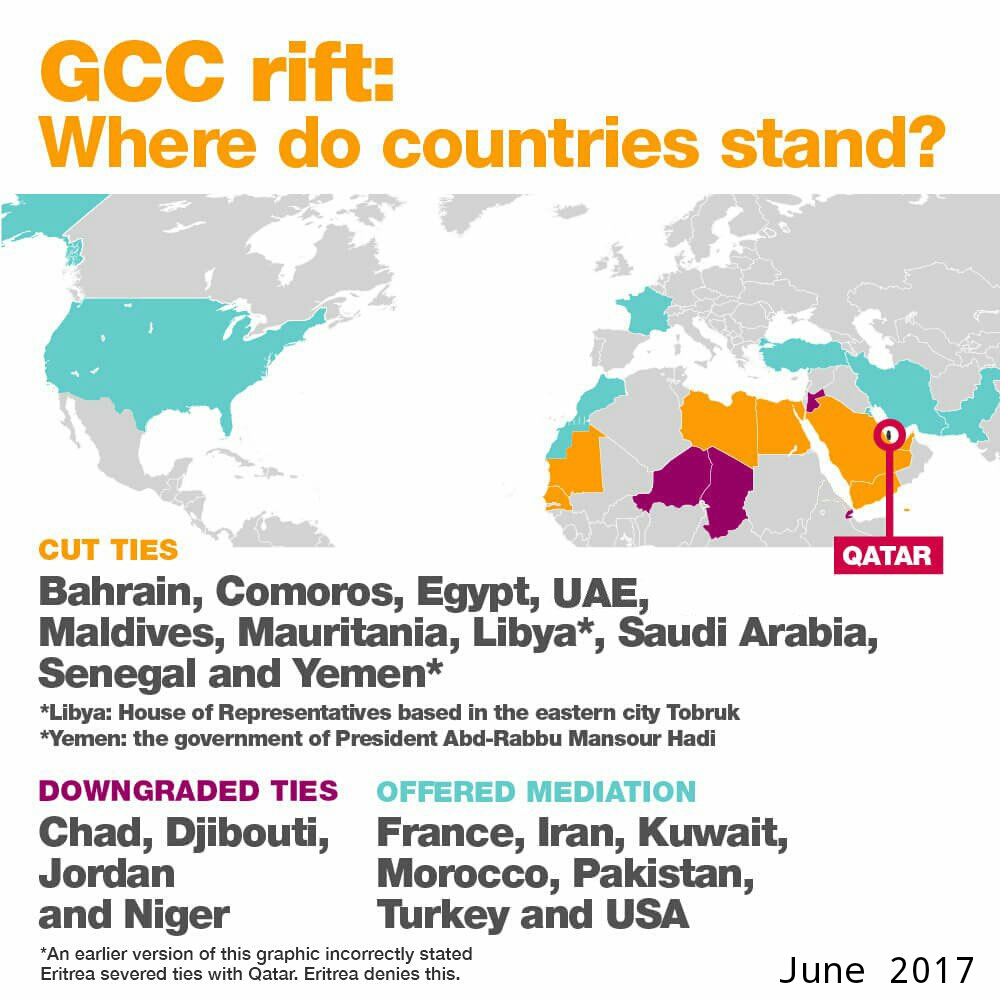 With air space restricted for Qatari planes International flights to and from the tiny Gulf nation have been severely delayed with longer more complex flight paths required. 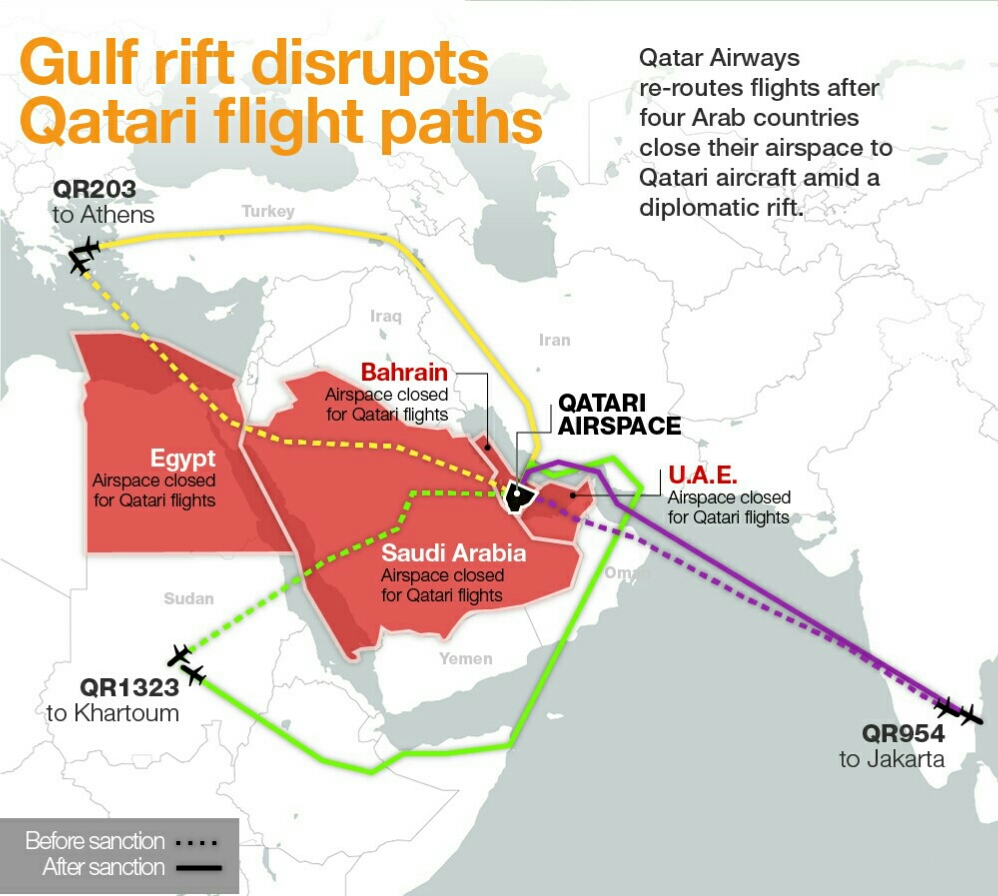 What does the cutting of ties entail?

In the case of the current Gulf crisis, several other dimensions have been added. Bahrain and Egypt both gave Qatari embassies 48 hours to implement their respective departure orders, while recalling their own diplomats and charge d’affaires.

The UAE and Saudi Arabia gave Qatari citizens who are residents in or visiting their respective nations two weeks to depart. They have also ordered their citizens in Qatar to return home.

Saudi Arabia went further still, withdrawing Qatari troops from the ongoing war in Yemen, in which Saudi Arabia is leading the campaign.

Saudi Arabia, the UAE, Bahrain, and Egypt closed land,  air and sea passage to all vessels and vehicles coming from or going to Qatar. Which for a country which imports most of its food, in particular via their only land border could become a serious issue.

What was Qatar’s response to this?

The Ministry of Foreign Affairs in Qatar responded to the announcements, saying that there is “no legitimate justification” for the actions taken by the four countries to sever diplomatic relations. It added that the decision is a “violation of its sovereignty” and that it will work to ensure that it does not affect the citizens and residents of Qatar.

Which countries have severed ties with Qatar?

The ten countries that have cut diplomatic relations with Qatar are:

There are currently 89 diplomatic missions still open and operating in Qatar, one representative office, and 34 countries that maintain their diplomatic relations with Qatar via a regional accredited embassy.

Iran has offered to supply Qatar with food and agricultural supplies during the crisis which has seen Turkey, Iran, Kuwait and Morocco step forth as peace brokers.
US president Trump has openly taken sides against Qatar in a series of announcements and tweets claiming responsibility for the existing embargos and threatening further actions from the US.