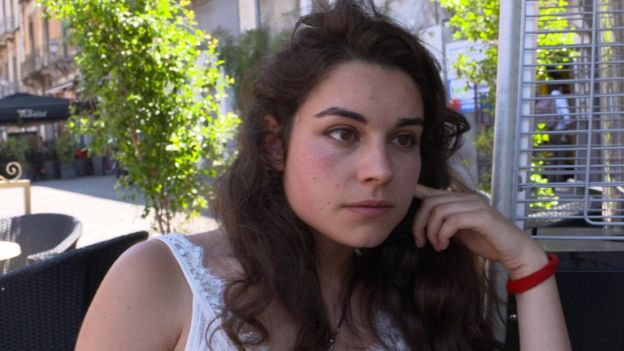 Generation Identity is what they call themselves. Made up of mainly 20-something tech-savvy members, the “Identitarian” movement has been described as the hipster right.

Fiercely anti-immigration, anti-Humanitarian-aid and anti-Muslim, its aim is to stop migration to Europe. With headquarters in Austria and France, the group may be small in size, but its message is starting to resonate in Italy a country where sympathy for migrants is wearing thin.

Nations such as the UK, Hungary and Slovakia have also reported an uptake in membership to the group.

As the number of people seeking to reach Europe rises again as poverty and war continues to spread, Italy continues to be the major point of entry for those arriving on boats – particularly in the south.

However, attitudes are hardening and now a new “alt-right” movement says it will do whatever it can to protect Italian identity and culture from outsiders.

Since the start of 2017, more than 80’000 people have made the journey from Libya, across the Mediterranean, to Italian shores, the vast majority landing in Sicily. More than 2’000 are confirmed to have died attempting the journey sources from the Sicilian Coast Guard say.

“More than 90% of the immigrants coming here by boat are just economic refugees.” claims 20-year-old far right activist Viviana Randazzo, a newly-recruited member of the Identitarians, although official Italian statistics put the figure at 85%.

The Identitarians point the finger of blame at aid agencies, charities and NGOs (non-governmental organisations) operating close to the Libyan coastline, accusing them of essentially acting as a taxi service to Europe.

“I think these [migrants] are coming to Europe because they know someone will save them.” the movement’s Italy co-ordinator, Lorenzo Fiato, said in Catania, on Sicily’s eastern coast.

Lorenzo and Viviana both reiterated the movement’s desire to let those fleeing abject poverty, starvation and war die trying to reach safety.