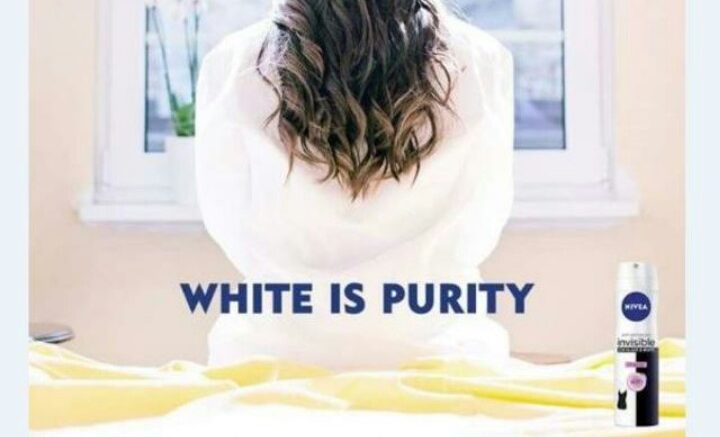 There have been some alarmingly insensitive advertisements recently including a supermarket in the UK offering Ramadan discount on Wine and bacon flavoured crisps. Such stunts result in bans and fines.

The latest company to drop the ball is German cosmetics brand, Nivia who published an advertisement in the Middle-East with the slogan “White is Purity”.

The line was seen by many as a reference to cultural and racial sensitivities revolving around skin tone.

Although Nivia made it very clear when appoligising for the advertisement that they in no way intended to insinuate any reference to race or skin tone, it was not clear why the slogan was relevant to “invisible” products such as ‘invisible deoderant’ designed not to leave white marks on clothing or skin. 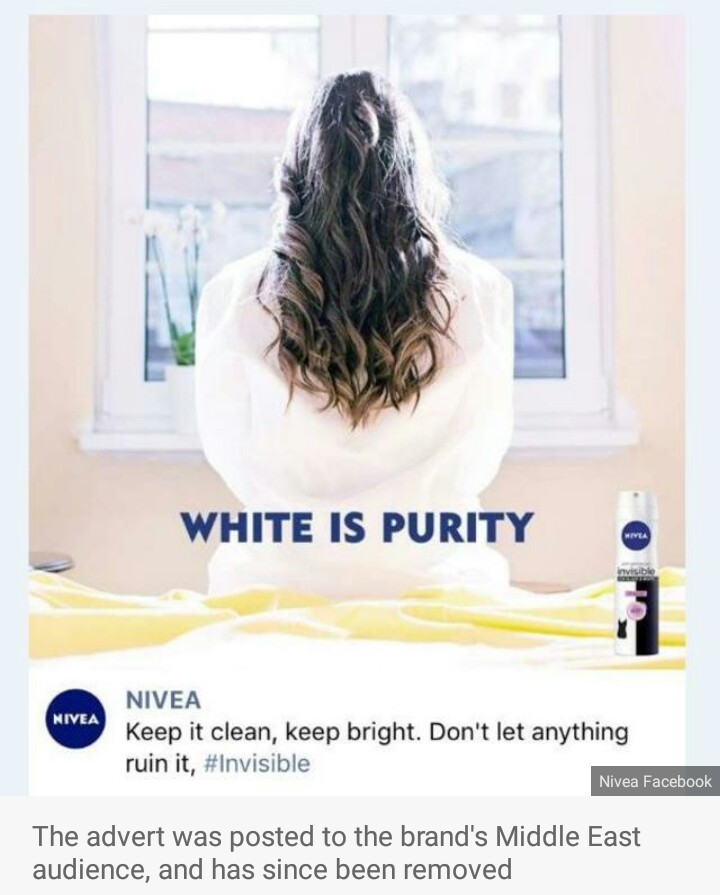 The advert which was first posted on Nivia’s official Facebook page was quickly picked up by both anti racism groups and white supremacists alike.

The advert was seen on social media in its original and meme form by over 20 million people it is estimated before the advert was pulled.

The advert was intended for Nivia’s Middle-East audience.

A spokesperson for Nivea’s owners Beiersdorf said: “There have been concerns raised about ethnic discrimination due to a post about Nivea Deodorant Invisible for Black & White on our Nivea Middle East Facebook page.”

“We are deeply sorry to anyone who may take offence to this specific post. After realizing that the post is misleading, it was immediately withdrawn.”

“We value difference. Direct or indirect discrimination must be ruled out in all decisions by, and in all areas of our activities.”

It is safe to say that Nivia’s blunder was more a case of cultural insensitivity and lack of proper screening before release rather than intentional discrimination however backlash seems impossible to avoid.

The advert will not longer be allowed to be published in any official capacity globally.