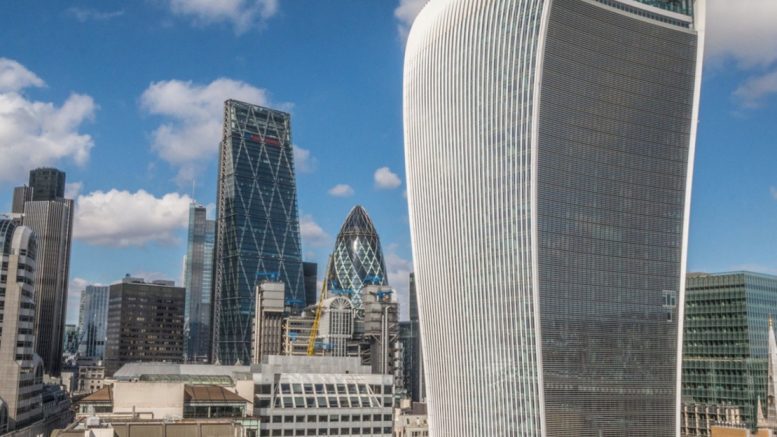 The purchase by Hong Kong based food and health products conglomerate Lee Kum Kee is the highest price ever paid for a single building in Britain.

Although a tiny fraction of the cost buildings regularity sell for in Middle-Eastern powerhouses such as Dubai, for USA and UK the sale was huge setting a new all time UK record at £1.3 bn GBP | 650 m OMR | 500 m KWD | 1.7 bn USD.

The new buyers will acquire the two 50% stakes in the skyscraper which is fully let and boasts a three-tiered sky garden with a restaurant owned by Canary Wharf Group and Landsec.

Robert Noel, chief executive of Landsec, said: “The building has been an immensely successful project for Landsec and our partners.

“This sale crystallises the significant value we have created at 20 Fenchurch Street.”

The iconic 34-storey building, known as the Walkie Talkie because of its distinctive shape, has had an eventful and at times troubled existence.

It made the headlines in 2013 when it was blamed for melting parts of vehicles parked below it by the damaging glare of the skyscraper in sweltering temperatures.

In 2015, the office block won an award for being the biggest architectural eyesore in the UK. Although many consider the building a thing of beauty.

Other complaints include high winds at the base of the building, which have prompted official wind assessments. In the Middle East wind is purposefully channeled down to street level by building design to cool the sweltering heat at ground level. London however has swirling ground winds blasting pedestrians with high speed toxic air due to accidental windbreaker channels and some of the most polluted air in the world, add on cold temperatures, high humidity and heavy, year round rains and you have just channeled one hellish walk to work.

James Beckham, of Cushman & Wakefield which advised on the deal, said: “Since the vote to leave the EU, capital targeting London from the Asia-Pacific region has increased to record levels.
“This is due to a very weak pound.” he added.

The previous record-breaking transaction for a single piece of British commercial property was the HSBC tower in Canary Wharf which was purchased by the Qatar Investment Authority in 2014 for £1.2bn.

None of the UK records however feature on the global scale.

The Middle East dominates the world’s most expensive buildings with the likes of Saudi Arabia’s Abraj Al-Bait building in Mecca which sold for more than $15 billion.