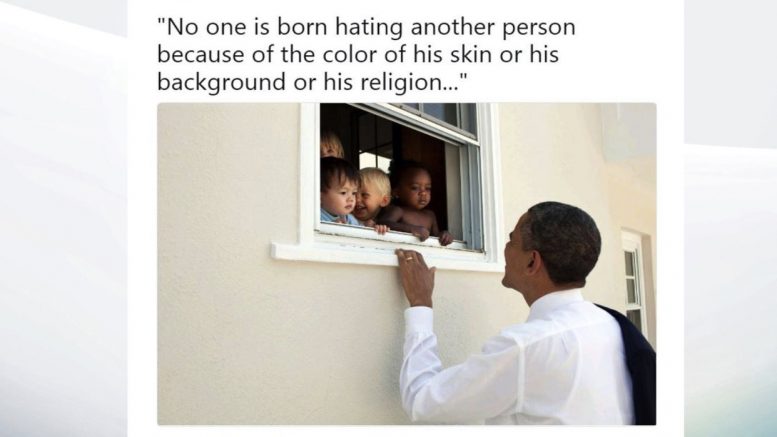 An anti-racism tweet by Barack Obama in response to Donald Trump’s failure to condem a deadly white supremacist riot in Charlottesville has become the most-liked tweet in history.

Following the deadly clashes in the Virginia city, where Neo Nazis, KKK, Alt Right and other white Supremacist groups wearing swastikas rioted in the largest far right protest in US history. The riot left many injured and one woman dead.

Former president, Obama, tweeted a picture of himself with children of variousness ethnicities alongside a Nelson Mandela quote on Sunday.
In just a few days, the post has gained more than three million likes, setting a new record for Twitter. 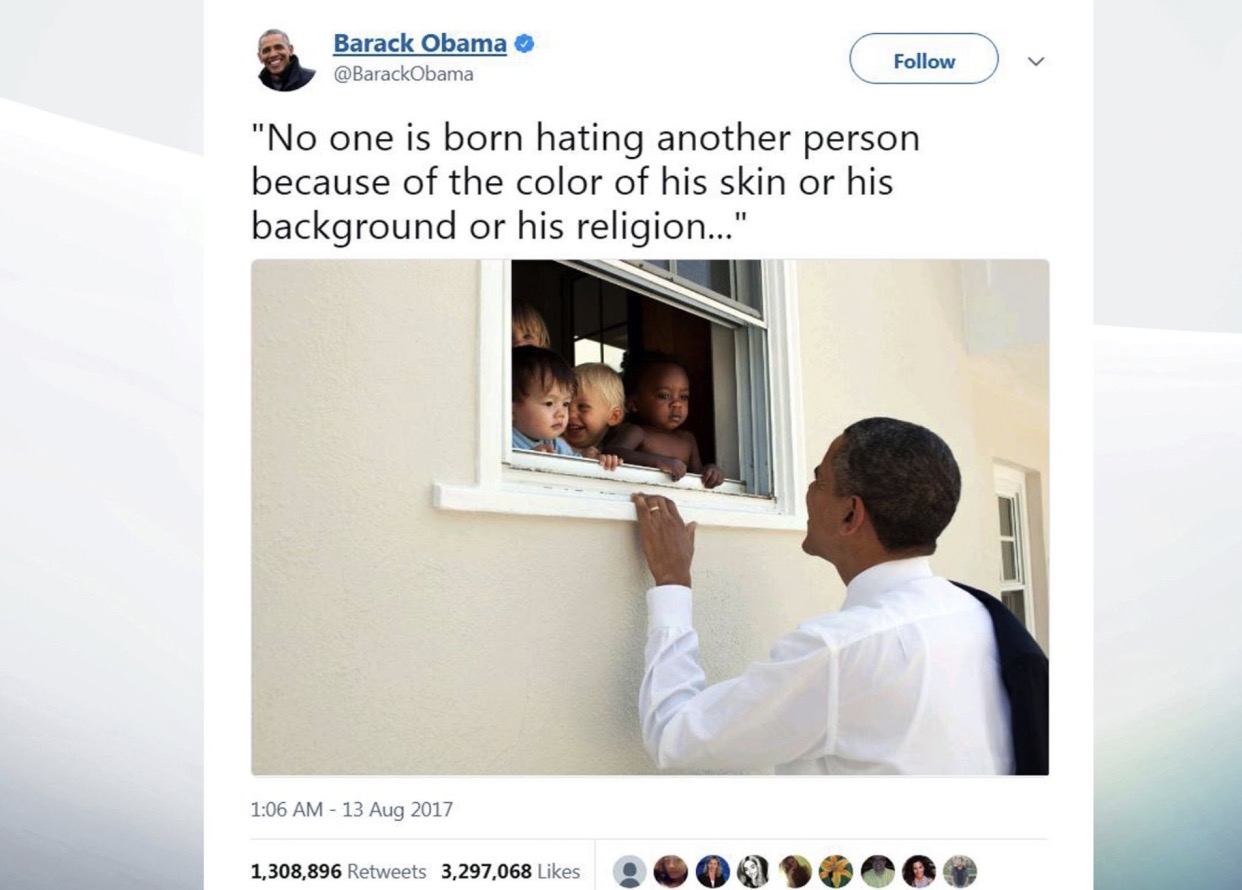 “No one is born hating another person because of the colour of his skin or his background or his religion.

The first tweet amassed more than 3.2 million likes, while Obama’s follow-up second and third posts garnered more than 350’000 likes each.

It overtook pop singer Ariana Grande’s post in the wake of the Manchester terror attack, which had 2.7 million likes and read: “Broken. From the bottom of my heart, I am so so sorry. I don’t have words.”

US television host Ellen DeGeneres’ selfie from the 2014 Oscars is the third most-liked tweet of all time with 2.42 million likes. 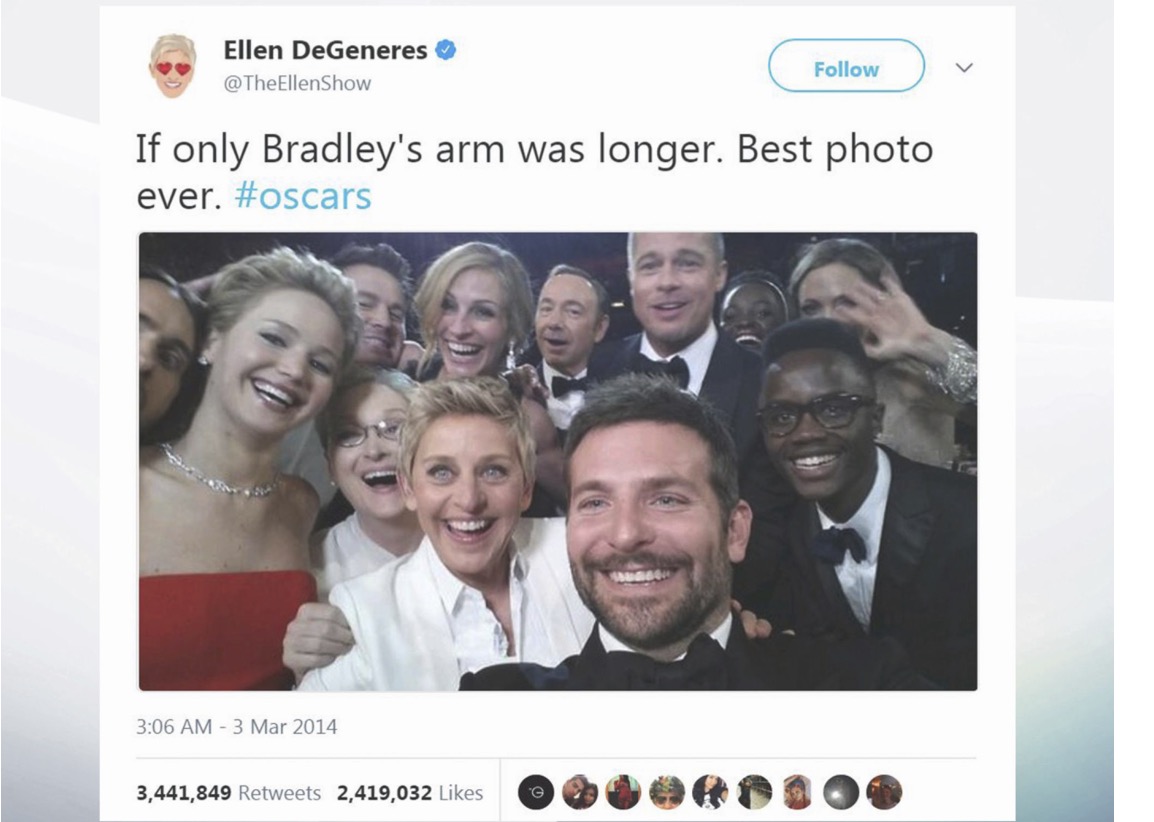 Obama’s tweets dominate the top 10 for global likes with his posts currently occupying the number 1, 4 and 5 spots.