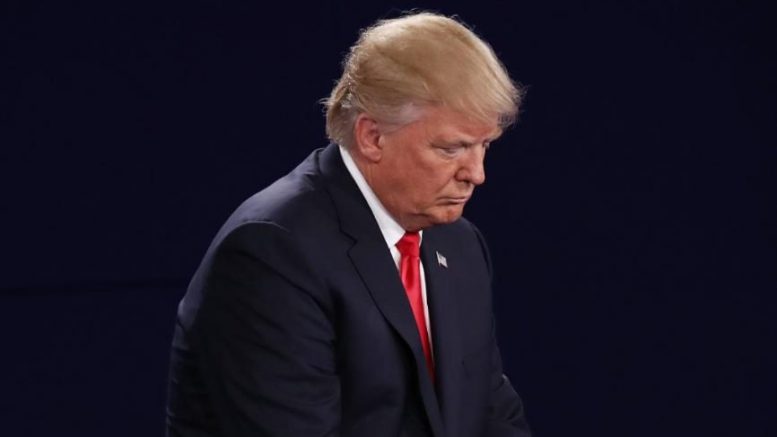 His most recent comments earning him applause and personal thanks from KKK leaders and costing him his advisery councils whom have abandoned him.

US President Donald Trump was abandoned by business leaders, lambasted by senior Republicans, and implicitly criticised by military leaders and former Presidents G.H.W.Bush, G.W.Bush and Obama amid a fierce backlash over his comments in response to deadly violence by white supremacists in Charlottesville.

In what could prove to be a defining moment for his controversial presidency Trump was forced to disband two advisory councils consisting of high profile chief executives of major US companies.

The fallout came amid a chorus of public disapproval from Republicans led by President George H. W. Bush, and president George W. Bush, who issued a rare joint statement condemning “bigotry” and quoting the Declaration of Independence.

The reaction against Mr Trump was international with Prime Minister Theresa May, whom initially refused to condemn Trump, giving in to pressure from opposition leader Corbyn and EU leaders by issuing a formal and public rebuke to Britain’s close ally.

May said: “I see no equivalence between those who propound fascist views and those who oppose them, and I think it is important for all those in positions of responsibility to condemn far-right views wherever we hear them.”

The Unite the Right rally was a protest against Charlottesville’s decision to take down a statue of the Confederate Civil War general Robert E.Lee, who’s statue is being removed because he fought to keep slavery legal in the US.

In an ill-tempered press conference on Tuesday Trump made absolutely clear that he believed there was “blame on both sides,” and that included what he called the “alt-left”. He said there were “very fine people on both sides”.

Trump’s comments sent shock waves across America and he was widely accused, including by many Republicans, of suggesting a “moral equivalence” between neo-Nazis and anti-fascist protesters, and emboldening white supremacists.

The leader of the KKK, personally thanked and congratulated Trump on his response.

“Rather than putting pressure on the business people of the Manufacturing Council & Strategy & Policy Forum, I am ending both. Thank you all!”

But chief executives had been leaving since Saturday in protest at his ambivalent condemnation of events in Charlottesville.

The remaining business leaders made clear it was their decision to distance themselves from the White House.

The strategic policy forum was comprised 19 people including the heads of General Motors, Wal-Mart and IBM.

“The president’s most recent statements equating those who are motivated by race-based hate with those who stand up against hatred is unacceptable and has changed our decision to participate.”