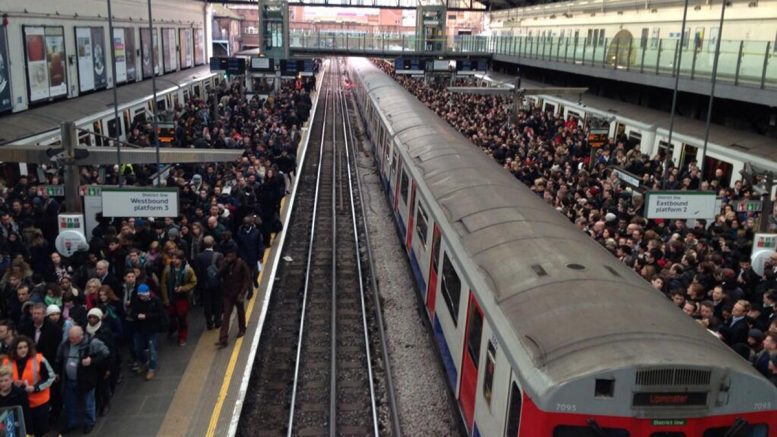 Passengers have complained about the increasing volume of the squeal and squeak of the London Underground transport system for years.

The volume seems to increase as the tracks age a point not missed my millions suffering city dwellers.

Way back in 2004 a research study showed that noise from the trains in the London Underground is so loud on some stretches that they could damage people’s hearing, the report recommended that passengers use earplugs.

It is no wonder that travelers on the London Underground sometimes hold their ears. An investigation found noise levels louder than a pneumatic drill.

“Commuters who regularly used the Tube over several years could find their hearing deteriorating to the level of someone 20 years older than them” said Professor Deepak Prasher, who carried out the investigation.

Professor Prasher, head of the audiology unit at University College London, took the measurements on four Victoria Line journeys. He recorded average noise levels of 89 dB in 2004 and predicted that number to increase rapidly as tracks aged.

“I am shocked by the levels that we actually recorded – they were higher than I thought. They were peaking at 118 dB, which is quite horrendous. It’s the equivalent of a jet engine taking off”, the British professor said.

In the worst instances, the loud noise in the Underground can permanently damage your hearing.

“Although the journey times for most people are going to be short, this is a cumulative damage. If you regularly commute and use the tube, then you need to seriously think about some form of ear protection”, warned Prasher.

The study also measured the effect of the noise on a group of students immediately after traveling on the Underground. Their hearing was weakened, but returned to normal a short time later. However this was after a single isolated short journey, repeated and or prolonged travel would therefore be expect to cause permanent damage the report suggested.

“I would advise passengers to do the same. It really is very noisy indeed, and they shouldn’t put their hearing at risk.”

Health and Safety rules state employers should provide ear protection for people exposed to average levels of 85 dB over an eight-hour period.

In 2004 Underground noise levels were in breach but in 2017 average noise levels on the Tube would put passengers in “serious breach” of health and safety laws if they were employees with noise on the Central Line and DLR peaking at over 140 dB. Making the London Underground the loudest Underground Metro in the world.