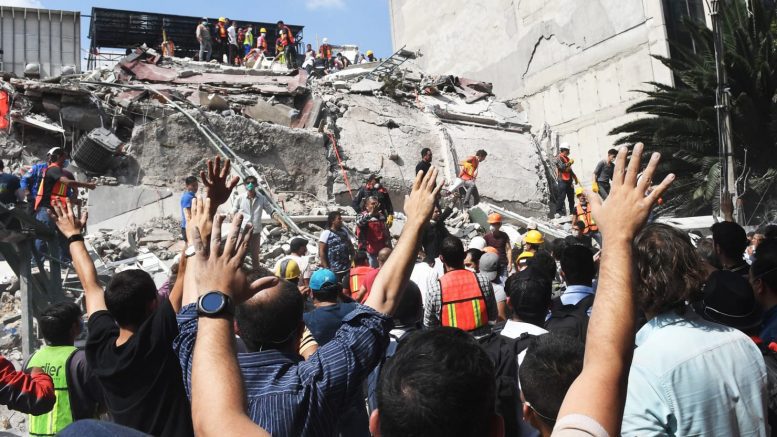 It is always difficult to say which are the largest cities due to the difficulty in defining the precise borders of ever expanding hyper-cities and accounting for unregistered inhabitants.

However according to the UN to count as a Hyper-City The city must have 10 million registered inhabitants whom are registered to a permanent address within the primary metropolitan district.

When powerful earthquakes hit a hyper-city the devastation can often be in a scale unimaginable to the human mind. 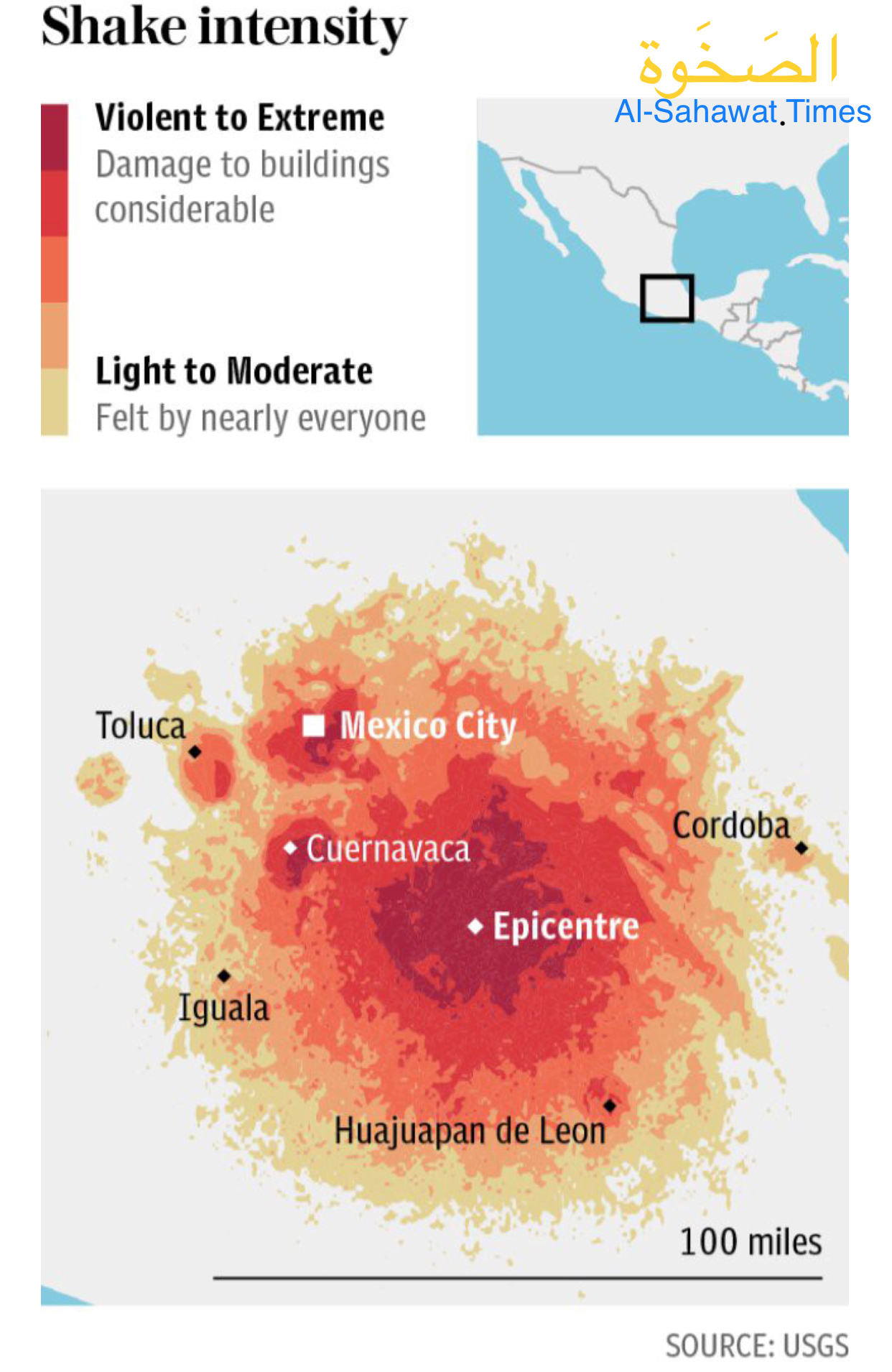 Mexico was struck by a powerful earthquake on yesterday that killed at least 248 people and toppled many key iconic buildings in the hyper-city capital.

The death toll was slightly reduced, after it climbed throughout the night as rescue workers continued digging through rubble, with 21 children at a collapsed primary school among those killed.

Some estimates have revised the death toll down to 217 as others top 300.

The 7.1 magnitude earthquake came on the anniversary of a devastating 1985 quake that caused major damage to Mexico City, and struck as many people took part in an earthquake drill.

It also came less than two weeks after another major quake killed 90 people in the country’s south.   Thousands fled into the streets in panic as the powerful quake rocked several states in the centre of the country.

The epicentre was Atencingo in Puebla state, around 75 miles south-east of Mexico City, and struck at a depth of 32 miles, according to the US Geological Survey, at 13:14 local time.

Tony Gali, the governor of Puebla, said that church steeples had been toppled in the city of Cholula. Mayor Miguel Angel Mancera said buildings fell at 44 places in Mexico City and fires broke out across the capital.

Interior Secretary Miguel Angel Osorio Chong said rescue teams were working painstakingly with picks and shovels to free people who had been trapped.

We have some buildings where we have reports that there could be people inside. They are doing it with lots of caution.” The interior secretary said, adding that more rescue personnel would be needed. At one site, reporters saw onlookers cheer as a woman was pulled from the rubble. Rescuers immediately called for silence so they could listen for others who might be trapped.

One video posted on social media showed a large industrial building swaying and then crumbling in a huge cloud of dust and rubble. Mexican television also showed cars crushed by debris.

There was chaos in Mexico City, with traffic jammed to a standstill and ambulances trying to reach those injured.

Hundreds of civilians rushed to help search for people who may have been trapped. “There was thunder…then dust”.

Carlos Mendoza, 30, said that he and other volunteers in Mexico City had been able to pull two people alive from the ruins of a collapsed apartment building after three hours of effort. “We saw this and came to help,” he said. “It’s ugly, very ugly.”

Another volunteer rescue worker, Mariana Morales, said she saw a building collapsing in a cloud of dust before her eyes as she travelled in a taxi.

“There was the sound of thunder … then dust and all this,” she said. “The people are organising quickly.”

Gala Dluzhynska was taking a class with 11 other women on the second floor of a building in trendy Alvaro Obregon street when the quake struck and window and ceiling panels fell as the building began to tear apart.

She said she fell in the stairs and people began to walk over her, before someone finally pulled her up.   “There were no stairs anymore. There were rocks,” she said. They reached the bottom only to find it barred. A security guard finally came and unlocked it.

Jorge Lopez, a 49-year-old Spaniard living in Mexico City, told the AFP news agency that when the earthquake struck, he raced to the school in the central Roma district where his children aged six and three were, to find it collapsed but his offspring safe if terrified.

“We arrived at the school and everyone was crying, everyone was frantic, and the kids were holding on to a rope,” he said.

“It’s uncontrollable. You can’t do anything against nature.” Lazaro Frutis, a 45-year-old who escaped an office building before it crumpled to the ground, said: “We ran outside thinking all was going to collapse around us. “The worst thing is, we don’t know about our families or anything.”

Hours after the quake, rescue workers were still clawing through the wreckage of the primary school looking for any children who might be trapped. Some relatives said they had received Whatsapp message from two girls inside.

President Enrique Pena Nieto visited the school late on Tuesday and said 22 bodies had been recovered there.

Nieto added in comments broadcast online by Financiero TV that 30 children and eight adults were still reported missing. Rescuers were continuing their search and pausing to listen for voices from the rubble.

Hours after a school collapsed, people were still searching through the rubble.

Emergency services and civilians have clubbed together to rescue people and animals trapped after the quake. 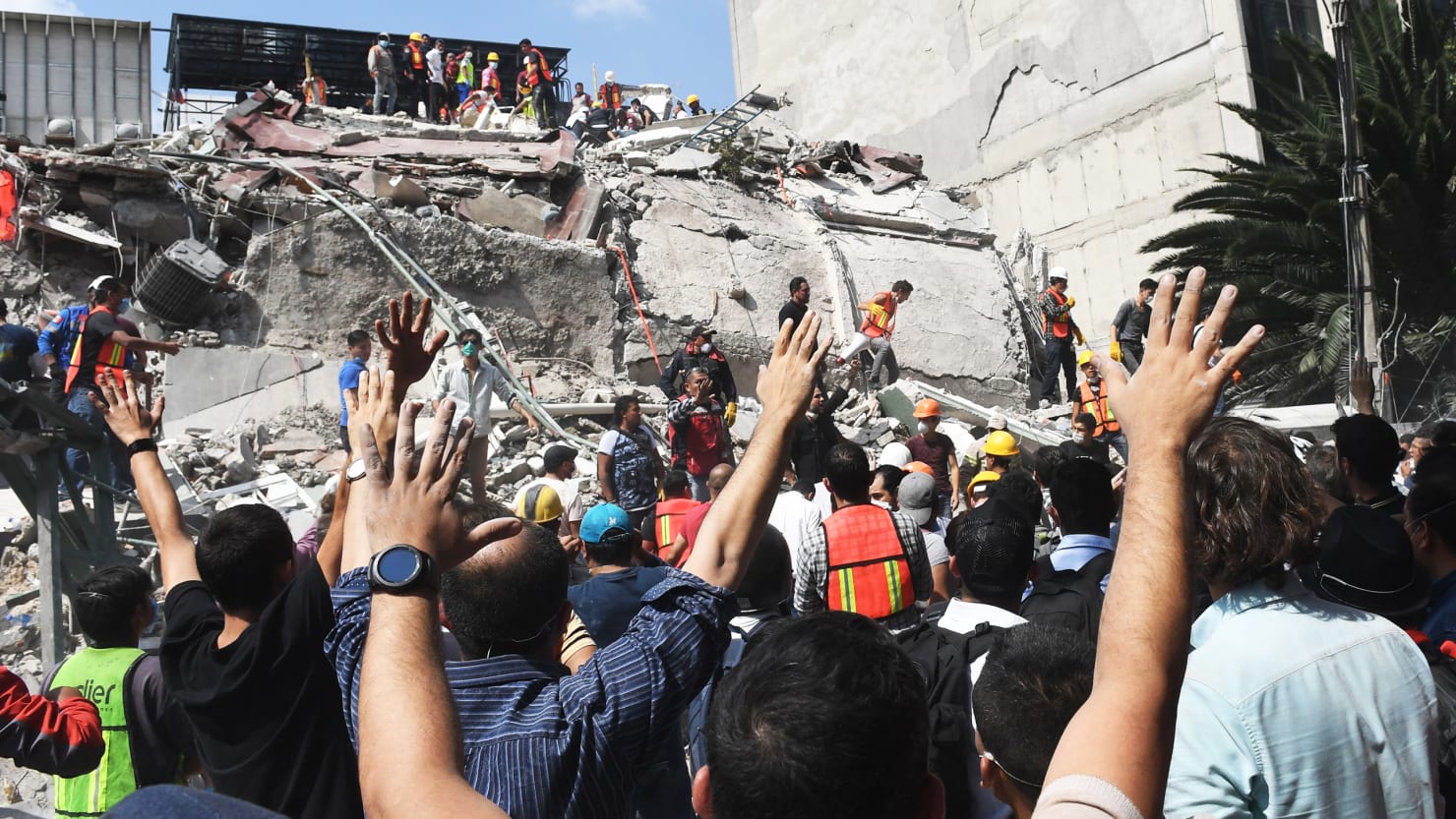 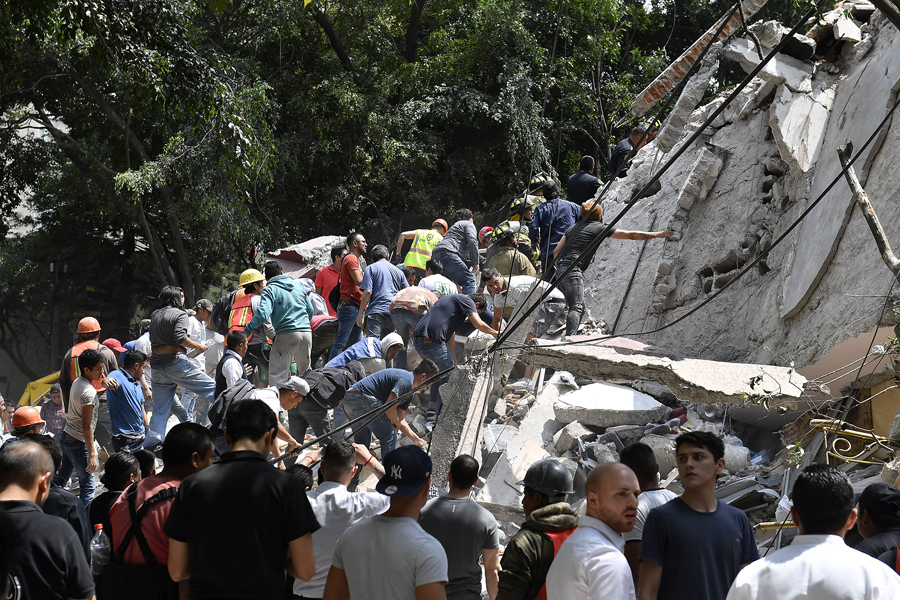 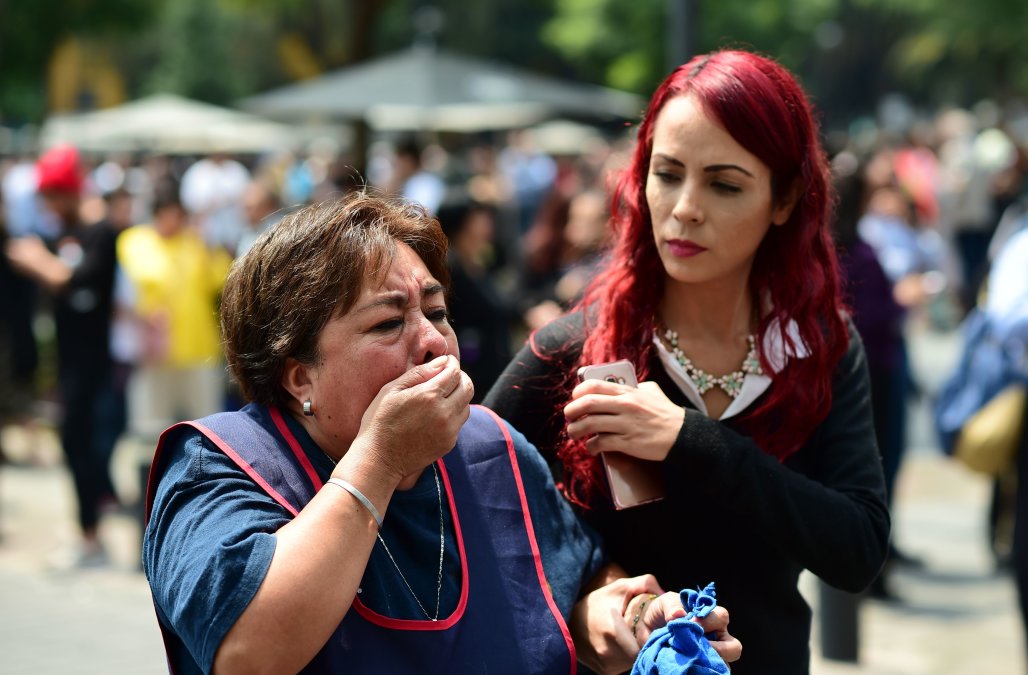 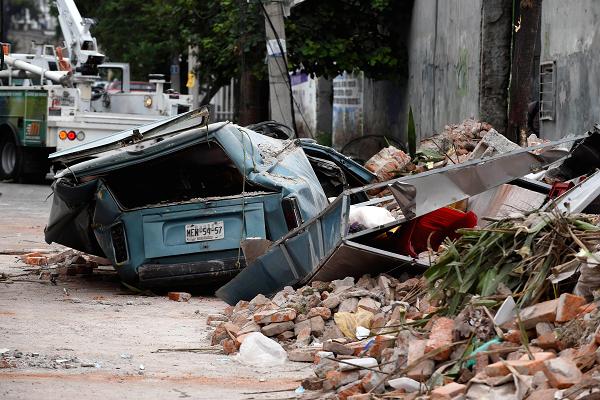 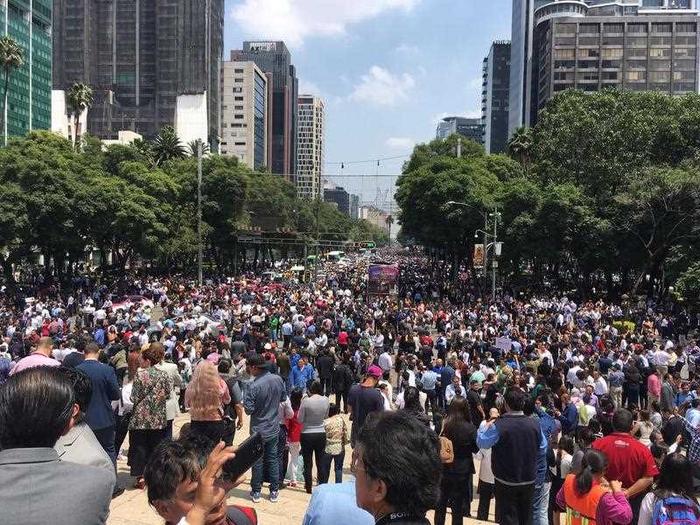