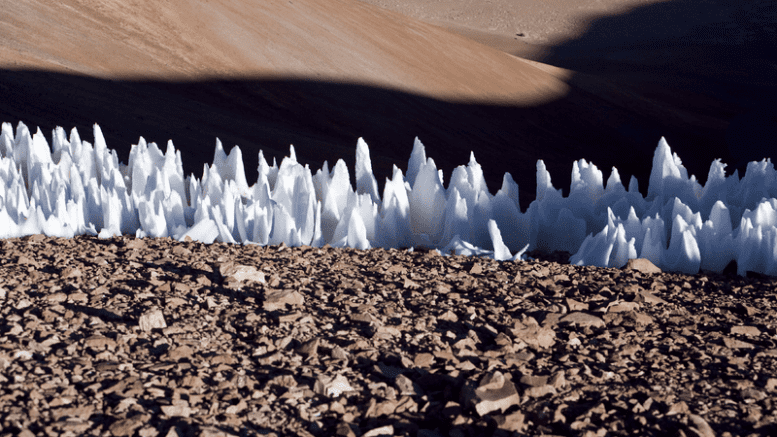 Pluto is already mysterious enough to many, with its strange structures and eldritch terrain.

Threatening blades of ice were first eyed by NASA’s New Horizons mission in the summer of 2015. Taking until now to decipher their constitution and method of formation.

These knives of frozen methane slash the sky at hundreds of meters tall, yet had gone unexplained until now.

New Horizons scientists finally believe they have demystified the sharp edges at Pluto’s equator as evidence of erosion.

Methane and water can both freeze into treacherous swords of ice. Those found on Pluto are a magnified version of penitente, knifelike ice structures in high altitudes around Earth’s equator and both form through the almost sci-fi process of sublimation, in which a frozen liquid just vaporizes without melting.

Methane on Pluto that forms these unreal structures freezes right out of the atmosphere and then vanishes when temperatures rise. Sublimation is also the reason why they look like bladed weapons.

“When we realized that bladed terrain consists of tall deposits of methane ice, we asked ourselves why it forms all of these ridges, as opposed to just being big blobs of ice on the ground,” explained New Horizons team member Jeffrey Moore. He and colleagues recently published their findings in the journal Icarus. “It turns out that Pluto undergoes climate variation and sometimes, when Pluto is a little warmer, the methane ice begins to basically ‘evaporate’ away.”

Further delving into these frozen obscurities via New Horizons could help demystify the “far side” of Pluto, which the satellite has so far observed at a lower resolution than what scientists call the “encounter hemisphere”, which usually gets all the attention.

That might be changing in the near future. While the ice knives are found on a relatively small area, NASA scientists are now convinced they could be everywhere on the “far side”. The presence of methane at higher elevations on Pluto could tell scientists where its surface rises and falls. Illuminating what lurks back there is important to understanding Pluto’s global topography as well as its geological evolution. 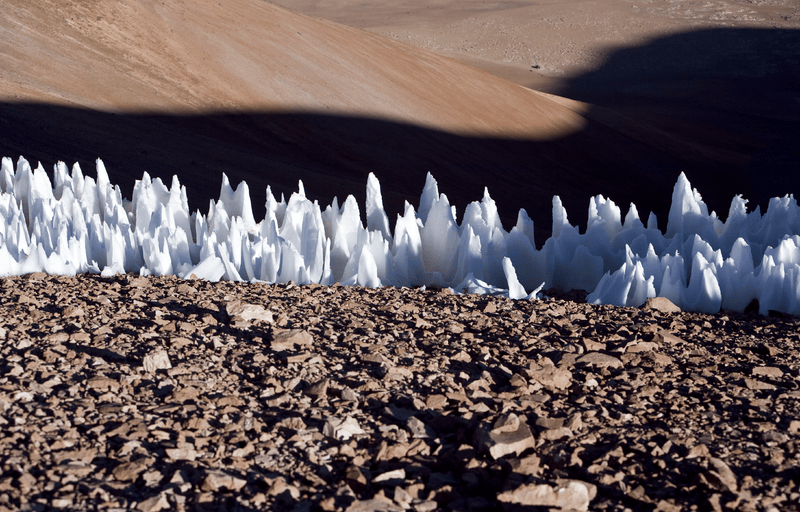 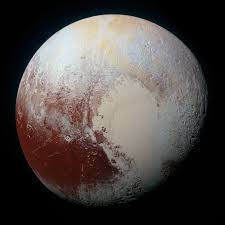