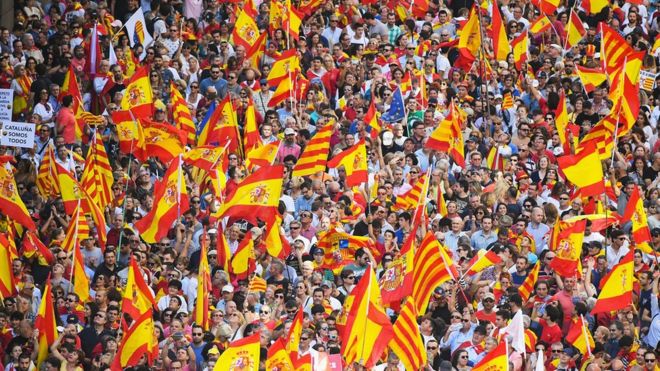 Puigdemont and the four ex-members of his cabinet fled to Brussels on Monday to seek asylum after being accused of rebellion, sedition, endangering public safety and misuse of public funds.

National court judge Carmen Lamela has filed a request with the Belgian prosecutor to detain the five and also issued separate international search and arrest warrants to alert Europol in case they flee the country.

There is now a European search and arrest warrant looking for he 5 former politicians. The men will be arrested should they try to leave or enter any European Country.

Judge Lamela rejected a request from Puigdemont to testify via video conference from Brussels.

“We’re going to study (the EU arrest warrants) and give it to a judge,” a spokesperson for Belgium’s state prosecutor said.

If they are arrested by Belgian police, which is a legal obligation in Brussels, Puigdemont and his colleagues would have to be brought in front a judge within 24 hours.

Belgian legal experts say extradition would take 15 days, but should the separatists appeal the process it could take a further 45 days, giving them enough time to participate in the region’s snap election on 21 December. A move that could cause a severe escalation of the Catalan Crisis.

Earlier, Puigdemont vowed to stand in the poll, saying: “It’s possible to run a campaign from anywhere”.

Puigdemont spoke to the press stating that he did not recognise Spain as having true legal authority.

The former politician added that it was “very clear that the Spanish justice authorities had become politicised”.

She also detained another separatist politician, following the initial round of arrests at the end of last month including the arrest of the regional Chief of Police.

Puigdemont had also been ordered to appear before a court in Madrid, but ignored the request. Absconding to Belgium, in its self a breach of Spanish and International Laws.

Puigdemont is facing a possible 30 years in jail if he is found guilty.