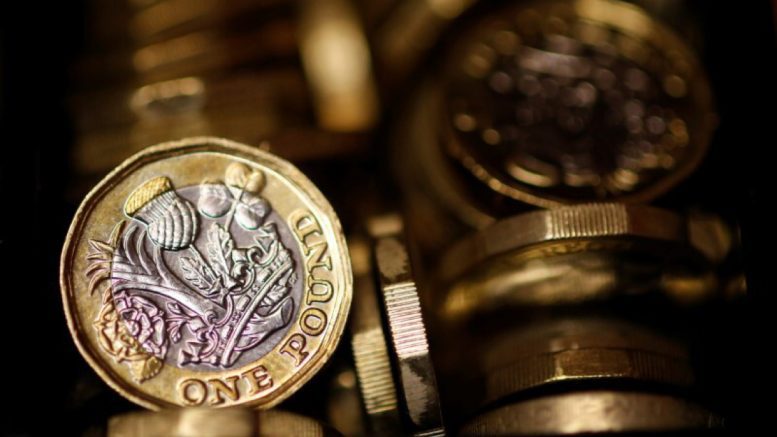 Is the UK a developing nation?

We have all heard the now unused terminology “third world county” since and rightly so replaced with “developing-market country”.

But the night lights and shiny shops of London surly makes the UK a developed nation right? I did buy my £4.80 lactose free spiced ginger latte, paying with my iPhone 8 Plus this morning on my way to the tube station, we can’t be in a developing nation, or can we?

The pound should be traded like the currency of an emerging-market country, money managers at the 2018 Reuters Global Investment Summit said today.

Portfolio managers told the summit that high levels of political risk, ongoing political and judicial crisis, a hefty current account deficit, and high levels of debt, homelessness, starvation, corruption and crime made Britain appear more like an developing economy than an advanced one, and trading its fluctuating currency should therefore reflect that.

“If you look at sterling though an emerging-market (EM) prism it’s a screaming sell” said Paul McNamara, an investment director at GAM, a fund management firm which manages 184 billion Swiss francs (£141.1 billion) in assets globally.

“If you take an EM-style analysis to the UK, it looks pretty horrible.”

Sterling has fallen almost 13 percent on a trade-weighted basis since Britain voted in June 2016 to leave the European Union, and is not expected to recover while uncertainty remains over what kind of divorce deal emerges.

International analysts in New York last week predicted it would take the UK until 2040 to recover from what they described as “an educational, economic and social void”.

As well as keeping the currency under pressure, multi channel political uncertainty has made sterling vulnerable to bouts of high volatility, mainly on worries that Britain is heading for a “hard” Brexit in which it loses any kind of preferential access to Europe’s single market.

Japan and the GCC nations which account for the world’s richest nations have all rejected negotiations with the UK instead entering into EU exclusive trade deals.

“What we tend to do is if sterling volatility starts to pick up … is we reduce sterling exposure. And when the volatility calms down again we close our position”. Royal London Asset Management’s head of multi-asset Trevor Greetham, told the summit.

Realised volatility in sterling has picked up in recent weeks with daily market swings rising markedly from earlier this year.

“So we’re trading between slightly underweight and more underweight depending on the volatility picture, which is a technique that actually comes from emerging-market currency trading,” he added.

“Anti-government protests and rioting, people starving to death on the freezing street, police removing homeless people from cities by force and installing metal spikes to stop them sleeping. Parliament and the police in sex abuse and corruption scandles including Priti Patel’s secret aid money for Israe’s ilegal occupations.  Accusations of war crimes. Votes of no confidence and in party rebellion. MPs under police investigation. Accusations of war crime and corruption. Acts of terrorism, mass murder and war on the streets. Countries refusing to open dialogue with the UK for trade or intelligence or military pacts. Separatist movements from multiple regions such as Scotland, Northern Ireland and Wales. Territory disputes with Spain over Gibraltar and police shooting suspects dead in the streets. This is far from a developed nation, this is a lower level developing or emerging market” a stock broker specialising in Central African and Central Asian markets told Al-Sahawat Times.

Greetham said he did not rule out a “reversal of Brexit” if public opinion were to continue to swing against a departure, giving that outcome around a 10 percent chance.

Earlier in the week, Northern Trust Asset Management told the summit the pound could relapse to as low as $1.20 if a “no deal” Brexit became more likely.

Last month London centric airports saw the €:£ exchange rate favour the Euro temporarily for the first time in history with rates bottoming out for a few hours at €0.80:£1 before returning to the current €1.01-1.1:£1.

The UK currently has what are internationally considered high to critical levels of key benchmarks in education, housing, stability, debt, homelessness, starvation, crime and corruption markets.

How did my MP vote in Parliament on Brexit?