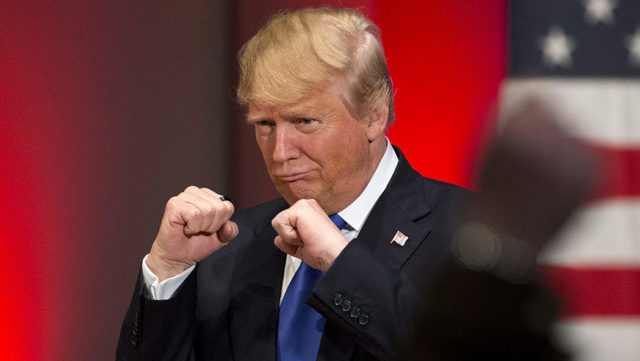 Trump claims to be “a super model times 10”

Official concern for US President Donald Trump’s mental health have again be repeated by top psychiatrists in the US.

Trump’s own Chief of Staff called the President “a f***ing moron” whilst the head of the US military has started the legal procedure to strip the President of the power to launch nuclear weapons after telling the White House he would refuse all orders from Trump if he was ever ordered to lunch a nuclear attack.

Only days ago Time magazine hit out at trump for faking their magazines with pictures of him self modelling on the front covers and hanging them in hotels, golf courses and offices. (Full Story…)

Trump has long been obsessed with having his face on the cover of magazines, especially Time magazine.

Many of his clubs are decorated with many of these framed images, including, up until a recent law suit, a fake March 2009 Time cover that featured the real estate developer with the fake headline: “TRUMP IS HITTING ON ALL FRONTS… EVEN TV!”

Many top US officials have said they are concerned that Trump’s mental health is putting the safety of the entire world at risk as husband self obsessed and erratic behaviour may start or provoke war, environmental or economic disaster.

Trump’s approval ratings have hit an all time low for any world leader with only circa 30% of Americans polled now saying that they think Trump is the right man to lead the country.