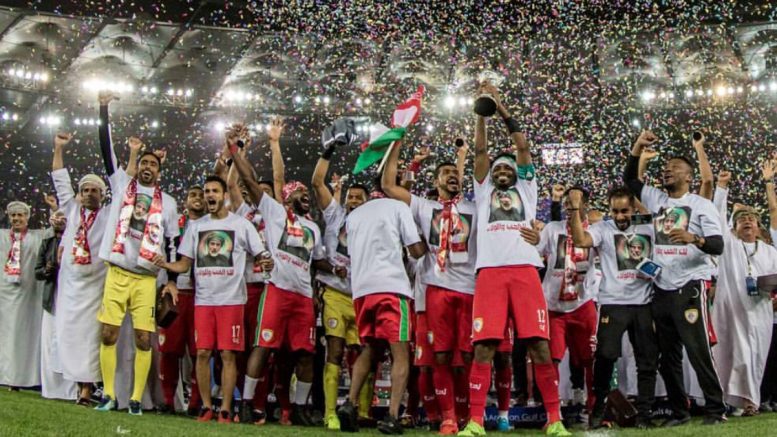 Oman wins their second ever Gulf Cup is Nations title

Fridays Gulf Cup of Nations final was not without its dramas. Not only did the match come down to an epic penalty shoot out but the over exuberant celebrations caused part of the stadium to collapse causing dozens of injuries. Alhamdulillah none were seriously hurt. ☝?

According to a statement posted on the Kuwait Football Association, around 40 people were injured during the incident at the Sheikh Jaber al-Ahmad Stadium in Kuwait City. However, they were “all OK”, according to Kuwait Minister of State for Youth Affairs Khaled al-Roudhan.

Some of those injured were taken to hospital for treatment, where they were visited by Kuwaiti Prime Minister Sheikh Jaber Al-Mubarak Al-Sabah. Authorities said they had launched an investigation into the incident. 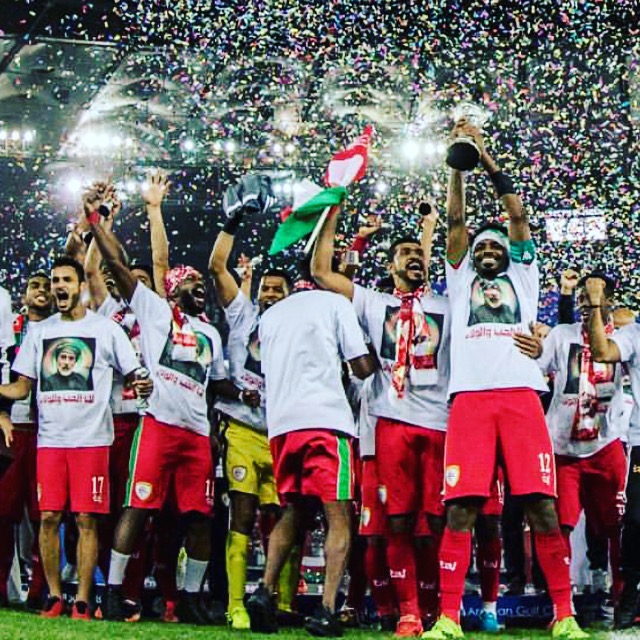 Oman goalkeeper Faiyz Al Rashidi denied UAE’s very own football superstar, Omar Abdul Rahman ‘Amoori’ not once but twice from the spot to steal the Gulf Cup with 5-4 win in penalties in front of a packed house at the the Jaber International Stadium in Kuwait.

Match moves on to penalty shootout as even the extra time fails to break the 0-0 tie.

Two minutes from time, UAE had a golden chance to seal the match and the title through a penalty. However, Oman custodian Faiyz Al Rashidi rose to the occasion to keep his side in the game by denying UAE’s star playmaker Amoori from the spot after Ali Makhbout was brought down by Mohamed Al Musalami.

At half time of this epic final between Oman and the UAE at Gulf Cup final, the score remains tied at 0-0.

As the clock strikes 18:30 a battle royale was underway between UAE and Oman to clinch the 23rd Gulf Cup at the Jaber International Stadium in Kuwait.

Excitement could be sensed all around the GCC and there was sparse traffic on the roads throughout UAE, Kuwait and Oman. Most of the cafes were cashing on the fever and if you were trying to make any last minute plans, then be ready to be disappointed.

Thousands of UAE And Oman fans flew into Kuwait on specially organised discounted flights to support their teams with the UAE’s champion Italian coach Alberto Zaccheroni and his boys going in as strong favourites.

Here’s all you need to know about the match:

UAE made it to the finals beating Iraq 4-2 in shootout while Oman confirmed their berth by beating Bahrain 1-0. The UAE and Oman have played 32 times, with 15 wins for the UAE and only 6 for Oman and 11 outings have ended in a tie.

In the Gulf Cup, they played 20 times with each other and UAE won in 11 of those games and Oman won 3, 6 games ending in deadlock.

Within seconds of the whilst being blown on the penalty shoot out social media was lit up with celebrations and joy as Oman claimed only their second ever title in the 23 Cup old tournament.