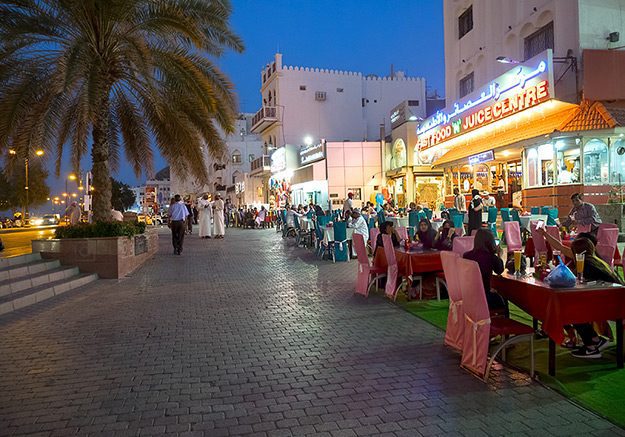 Oman | Singles and Families can not live in the same neighbourhood

This comes after a property in a residential area, which was being used to house single expatriates, was raided by the Muscat Municipality (MM) and other authorities for violating local laws.

“A team in coordination with Oman Public Prosecution and Royal Oman Police raided a residence for single expatriates in a residential neighbourhood in Al Mawaleh for violating Article 31 of Local Order No. 23/92, which prohibits housing of workers in residential areas,” read a statement issued by Muscat Municipality.

“They create trouble in residential areas. For example, if they host a party or a gathering in a public space, it becomes full of expats, which creates problems for the owner of the home, especially if he has visitors coming from far-off places.

“Secondly, there are ethical problems related to the presence of expats in residential areas,” he added.

Salem Al Ghammari, a Municipal Council member at Muscat governorate, noted, “Some foreigners are creating problems in society. Our customs and traditions differ from theirs. Sometimes, their conduct is contrary to our societal norms. The solution is to build labour-designated campuses in every governorate or in every wilayat. If this can’t be done then they have to choose a specific street to accommodate workers.”

Earlier, the municipality had stated that it was planning special housing complexes for single expatriates living in Oman.

An official of the Public Affairs Committee of Municipality Council, had remarked, “We are planning this in Bausher, Amerat, and Mabella. The municipality is moving ahead with the design of these complexes, and tenders will be announced once the design is completed.”

The municipality has started coordinating with the concerned agencies for this purpose, and three large plots of land have been identified in Bausher, Amerat, and Mabella.

Plans for housing complexes for single migrant workers in residential neighbourhoods were discussed at the Municipal Council meeting and were approved by the council members.

Bausher, Amerat and Mabella were chosen for two reasons. “The industrial zones are planned far from the residential neighbourhoods, and the workers’ complexes must also be far from the residential neighbourhoods,” they pointed out. “Secondly, industrial zones employ a large part of the foreign labour force; the housing of foreign workers near their workplaces is beneficial to workers and their companies.”

However, this is not applicable to people who rent their own apartment.

Bhaskaran, convener of the Indian Social Club’s Malayalam wing, remarked it was good that the municipality was enforcing the law in order to keep families safe.

“Sometimes, you have many bachelors living together because they are far away from home, and it is convenient for them to live together here. However, their behaviour may clash with the values of the families who live close to them,” he explained. “The behaviour of bachelors is often disagreeable to families, especially those who have young children.

“Sometimes, a husband may go to work, the child may go to school, and the wife is alone at home, but she is afraid to go out because there are bachelors next door who might make her uncomfortable with their actions,” added Bhaskaran. “It is good that the government is doing this so that single people can get their own space.”