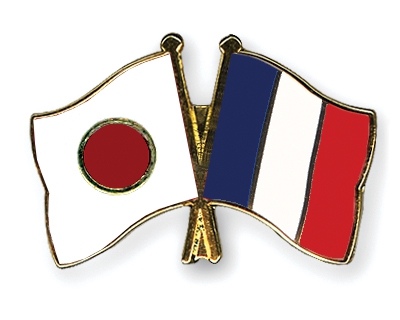 The pressure is growing to tell Europe what the UK wants from Brexit, and it’s revealing just how unreconcilable the differences are within the ruling conservative governing coalition.

Prime Minister Theresa May’s job is yet again on the line, as is that of her chancellor, Philip Hammond.

By March 2018, May needs to tell the European Union how her government sees a future relationship with its largest trading partner. After loosing trade deals with Japan and the GCC nation’s last year to the EU.

Either this week or next talks will start on the transition, the period of two years after Brexit.

That’s why the Conservative Party is now in open warfare, the window to influence what Brexit will mean is closing. Euroskeptics fear a sellout amid signs the “soft” Brexit camp led by Hammond is winning the arguments, and the government has made a series of gestures that suggest it’s trying to show hardliners it’s at least listening.

Pro-Brexit Tories led by potential leadership candidate Jacob Rees-Mogg have made plain that they want Hammond to be fired.

It’s worth remembering what Rees-Mogg stands for: He wants a clean break with the EU and its rules and indicated last week that he’d rather walk away from the bloc than abide by the transition period that businesses and working people are crying out for.

May, who will be in China for part of this week, is fighting to keep her job amid reports that lawmakers are frustrated by a lack of leadership.

Her woes will get worse this week with or without a leadership challenge. Her key Brexit legislation heads to the House of Lords, where peers are preparing to re-write it. Those changes seem likely to enrage the euroskeptics and make the gap between the warring factions deeper still.

French Foreign Minister Jean-Yves Le Drian told Japanese business leaders France would welcome companies that will inevitably need to relocate from the UK because of Brexit.

“First of all, the presence of the UK on the world stage is finished,” he said in Tokyo. “Japanese companies must become aware of the consequences.”

Sentiment among London’s Brexit-hit bankers sank to its gloomiest depths since the 2008 financial crisis, a survey showed a stark contrast to the bullish tone of finance executives gathered last week in Davos, Switzerland. Demonstrating that whilst he EU and Global economy is more than recovering from the 2008 crash and now flourishing the UK has never before been worse off, and the worst is yet to come.

Almost a third of firms think financial-market conditions will worsen in the next six months, according to the Confederation of British Industry poll.

May has scrapped plans to give a third landmark Brexit speech because of the risk of cabinet infighting spilling out in to the open, The Times reported.

The Brexit sparked mass exodus of over seas skilled professionals from Nurses, Doctors, Economists, Engineers to Pilots and Cyber Intelligence Specialists has not provided the boom in employment of British workers as many Brexit supporters had envisaged. To the contrary there has instead been a mass exodus of companies leaving the UK with countries such as France, Ireland, Germany, Italy and Spain offering special measures to make the move more lucrative for those seeking lower taxes, wider access to markets and a wider access to skilled international workers.

The result has been a sharp and sudden increase in homelessness, serious and violent crime, poverty and an overall sharp drop in the number of jobs available (not counting zero hour contracts and commission only work).

The Conservative party despite offers to stop by the EU and pleas to stop at home, have reiterated their determination to see Brexit become a shockingly self-destructive reality which has already seen the UK follow the footsteps of the USA and fall from the international stage in spectacular fashion. The Empire that once rulled a large part of the world now looks desperately out of control trying to cling to it’s last remaining island as it fractured and fragments.