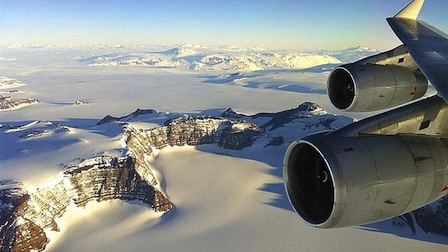 Stand by for trans-Antartica flights

The traveller who sets off from London, Tokyo or Los Angeles intent on flying around the world can do so in three hops.

In the late 1980s, upgraded engines allowed Jumbo jets to reach Tokyo non-stop from the UK. From the Japanese capital, trans-Pacific flights opened up to Vancouver, San Francisco and Los Angeles. From any of these, you could make a final leap back to Britain.

The catch, of course, is that it was a firmly northern hemisphere itinerary. And if you want to make a three-leg trip around the world, I cannot see any possible itinerary that crosses the equator. London-Singapore-Los Angeles-London gets tantalisingly close, but no cigar to celebrate reaching the southern hemisphere: Singapore is around 100 miles north of the equator.

Jakarta, 400 miles-plus south of the equator and currently the longest leap from Heathrow, would be a promising candidate if only it had a direct connection with the Americas.

On 25 March, Qantas begins the first UK-Australia scheduled non-stop service. It would be tempting to speculate that a “proper” three-hop round-the-world trip becomes feasible.

However the new flight goes from Heathrow to Perth, and Western Australia’s capital is short on the very long links that are necessary to reach the Americas.

While Melbourne, Sydney and Brisbane have good connections with the US west coast, Perth has few Pacific links. Even neighbouring New Zealand merits only one flight a day from Western Australia.

Yet in the same month as the Australian airline deploys a Boeing 787 on the Heathrow-Perth run, the prospect has emerged that the same plane type could connect Perth with Buenos Aires. 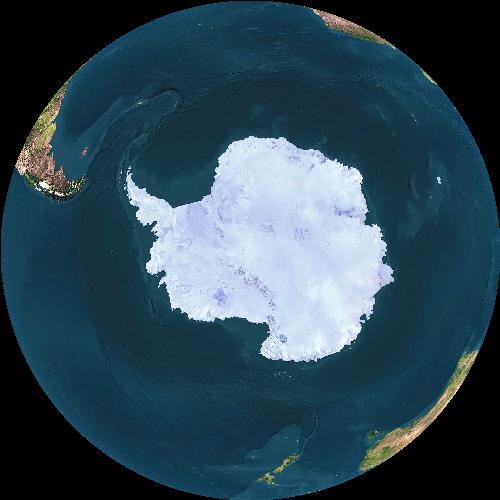 Norwegian Air Argentina, the South American offshoot of the Oslo-based carrier, has applied for traffic rights from Buenos Aires to Perth and onwards to Singapore.

The mileage, 7’839, looks almost comfortable compared with the 9’000-plus from Heathrow to Perth.

There is, though, a catch, as our old friend Great Circle Mapper shows. The direct track passes more or less directly over the South Pole.

There is no technical impediment to a Boeing 787 at altitude at a latitude of 90 south. But Antarctica is the one part of the world where the diversion possibilities of the ultra long-haul aircraft become relevant.

It’s all about ETOPS, which the International Civil Aviation Organisation defines as “extended range operations by twin‐engine aeroplanes”. While the global aviation regulator prefers the term “extended diversion time operations” (EDTO), ETOPS is still in common currency (along with its joke rendition of “engines turn or passengers swim”).

Twinjets have always flown across water, but initially they were not considered suitable for long trans-oceanic sectors: planes with three or four engines offered more resilience. But reliability has improved – along with the cost of aviation fuel. The twin-engined Boeing 777 and Airbus A330 are much more fuel-efficient than the four-engined 747 and A340.

Initially planes had to stay within an hour’s flying time of a diversion airport; gradually the time was successfully extended to 90, 120 and 180 minutes.

With every increase, planes could fly in straighter lines and new routes became feasible.

In December 2011, regulators were convinced that the ETOPS limit could be extended to five and a half hours.

“Santa’s short cut,” many called it, because it opened up transpolar Artic routes from Britain to Hawaii and even Fiji.

These have not yet materialised, though this week’s order for Boeing 787s by Hawaiian Airlines opens the possibility of a UK-Honolulu link via the North Pole.

The 330-minute limit might look arbitrary, but it was chosen because it meant almost nowhere was off limits to a twin-engined plane. The one part of the world where there are no suitable diversion airports within 330 minutes’ flying time: Antarctica.

To keep within the stipulated distance of a suitable runway, Norwegian’s 787s would have to fly perhaps 10 per cent further.

Strong, reliable westerlies mean that the captain can set a course from Perth to the south of Tasmania and New Zealand, making landfall in South America over Patagonia.

For the return leg, the best routing swings south of Cape Town and close to the Kerguelen Islands.

A round-the-world traveller could complete the three-hop journey with a link between Buenos Aires and London on either British Airways or Norwegian.

The South Polar Express won’t happen for a year or two. It may be that Qantas, having gained experience with the London link, decides to pursue the route, setting up an Antarctic race against a Norwegian opponent; not the first in that part of the world. Cape Town to Auckland is another trans-Antarctic possibility, with Air New Zealand a good candidate.

Just as the 1950s was the decade when the Arctic opened up to aviation, the 2020s could be the era when aircraft start criss-crossing the deep south.

This coinsides with the end of the international treaty that prohibits claiming land in Antartica by a sovereign nation, although the continent is all but in name already divided between western nations who claim large segments for scientific research. The continent does have a few permanent residence in the form of military and scientific personal from said nations.