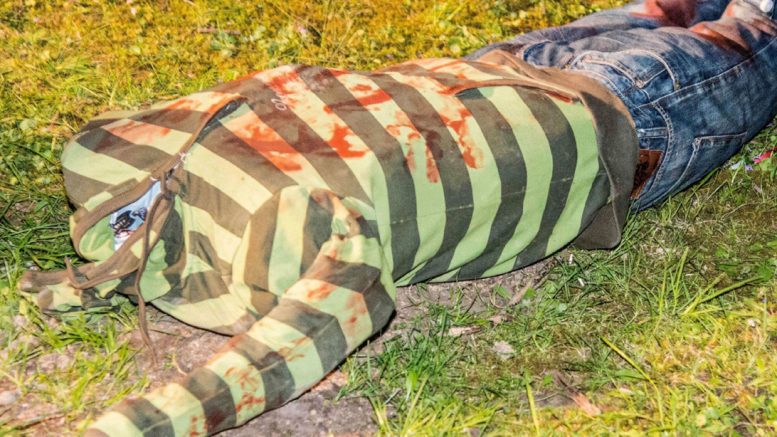 The discovery of an apparent headless body near a park stream triggered a major federal police operation in southern Germany.

A passer-by spotted what appeared to be a clothed but headless corpse covered in blood lying by a stream in Remstal, near Stuttgart, on Monday evening.

A police wide federal cordon was set up around the area and 20 firefighter units attended the scene to retrieve the body with counter terror units, gang crime and murder squads on standby – only to find that it was a high tech unltra lifelike dummy.

“It really looked like a dead body,” a police spokesman said.

It was only once firefighters got close enough that it was confirmed that it was not a corpse, German newspaper Bild reported.

Pictures showed the dummy dressed in a striped yellow and black long-sleeve top and jeans, covered in blood.

Authorities are now trying to track down the owners and manufacturers to discover whether this was an abandoned movie prop or a sick prank.