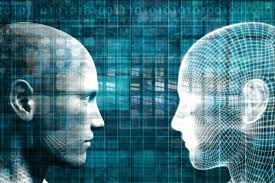 Scientists and mathematicians searching for extraterrestrial life say they have spotted 72 mysterious signals from an alien galaxy using artificial intelligence (AI) algoraithms devised by some of the world’s top mathematics.

The researchers at the SETI (Search for Extraterrestrial Intelligence) Institute discovered the unusual signals when examining 400 terabytes of radio data from a dwarf galaxy three billion light years away from Earth.

The signals they spotted – fast radio bursts (FRBs) – are bright and quick pulses which were first discovered in 2007 and are believed to come from distant galaxies, although it is not yet know what causes them. It has taken 11 years to sort through the huge vaults of raw data and confidently confirm the results as true positives. During these 11 years a total of 72 true positives were discovered and confirmed.

“The nature of the object emitting them is unknown,” SETI said, adding: “There are many theories, including that they could be the signatures of technology developed by extraterrestrial intelligent life.”

A light sail would use the tiny amount of pressure exerted by light to produce a small but constant acceleration which allows a spacecraft to reach a great speed.

The FRBs were detected in data collected by the Green Bank Telescope, part of the US Radio Quiet Zone, where wireless communications signals are banned to prevent interference with the telescopes.

Gerry Zhang, a PhD student at Berkeley, developed the machine-learning algorithm used to examine the 400tb of data, in which another researcher had already identified 21 FRBs.

“Gerry’s work is exciting not just because it helps us understand the dynamic behavior of FRBs in more detail,” said SETI’s Dr Andrew Siemion, “but also because of the promise it shows for using machine learning to detect signals missed by classical algorithms.”

Dr Siemion added: “These new techniques are already improving our sensitivity to signals from extraterrestrial technologies.”

The results of their research have been accepted for publication in the Astrophysical Journal.

Earlier this year in 2018, IPMG’s Sheikh. Shamsaldin Qais Sulayman Al-Said launched a patented project to develop interactive AI teaching assistants for use in classrooms around the world using a similar technology.