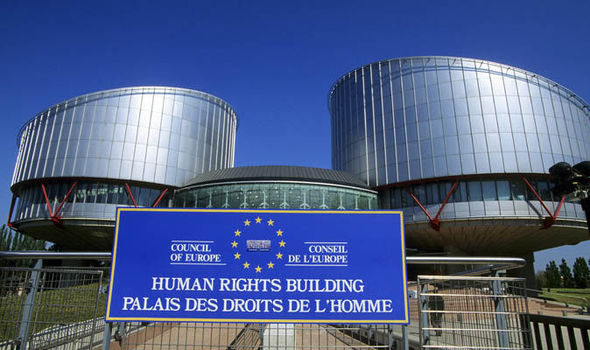 This comes after numerous condemning rulings funding the UK military guilty of war crimes in the Middle-East.

The latest blow comes in regarding the UK’s mass surveillance both domestic and international, that violates human rights.

In a landmark case brought by by a group of charities and lawyers including Amnesty International and human rights group Big Brother Watch, the European top court ruled that the “bulk interception regime” breached rights to privacy (Article 8) “at the very least”.

It comes after US whistleblower Edward Snowden disclosed British surveillance and intelligence-sharing practices. Which include remote accessing and storing of webcam footage (even when your camera is off), messages, emails, phone calls, facial recognition and fingerprint data amongst many other things, such as love location tracking and accessing bank accounts. It was noted that is a blanket surveillance targeting everyone.

The former CIA employee revealed that security services had been collecting bulk data, including telephone calls, messages and internet communication, whether or not people were suspected of a crime.

It also highlighted how criminal records were altered and manipulated (falsified, extended or wiped) for political gains or to extort political pressure on individuals from businessmen, lawyers to politicians and military figures.

The case centred on powers given to security services under the Regulation of Investigatory Powers Act 2000 (Ripa), which has since been replaced, but not limited.

In their ruling, judges declared there was insufficient monitoring of what information was being collected and that some safeguards were “inadequate” with “overwhelming evidence that data was being manipulated to match needs”, in essence this means that evidence is falsified and data is edited to make a person appear guilty or to bury evidence of guilt.

They also found the programme breached rights to freedom of expression (Article 10) “as there were insufficient safeguards in respect of confidential journalistic material”. They wrote: “In view of the potential chilling effect that any perceived interference with the confidentiality of journalists’ communications and, in particular, their sources might have on the freedom of the press, the Court found that the bulk interception regime was also in violation of article 10.

” There was also not enough protection to ensure the safety of confidential journalistic sources,” the judges ruled.

Several newspapers have spoken out at being threatened and forced to change intended publications by UK intelligence services. Including The Guardian, who famously published Edward Snowden’s leaks.

Three applications were joined together, from Big Brother Watch, the Bureau of Investigative Journalism, and 10 human rights charities, and were lodged after Snowden’s revelations.

All applicants felt their line of work meant they were more subject to having their communications intercepted by intelligence services.

It was found that that business owners, lawyers and journalists are the top targets on the surveillance list, not criminals.

The complaints centred on articles 8 and 10 of the convention of human rights, which protect a right to a private family life, and freedom of expression, with applicants saying bulk interception breached both.

The court did rule that a bulk operation on its own does not break the convention, but said that such a regime “had to respect criteria set down in its case law”.

Because there was not enough independent oversight of the search and selection processes, because data is clearly manipulated and edited and because the collection shows strong bias against three professions in particular, there is a violation of the code.

Judges on the case did not agree with the applicants over issues of sharing the information with foreign governments, ruling there was no evidence of abuse or significant shortcomings. Despite evidence that the UK sells the data on to private companies and governments around the world, notably the USA and Israel.

Sky’s technology correspondent Roland Manthorpe said: “There was some ambiguity in the judgement. While some activists may expect the court to outlaw all bulk interception, the court seems to say the principle is okay – it’s the government’s practice which was illegal.”

The ruling is set to be a blow to the UK who’s reliability and reputation lies in taters. The EU is holding the ruling against the UK during Brexit negotiations and a second class action law suit is set to be launched within weeks to challenge the UK’s practises further.