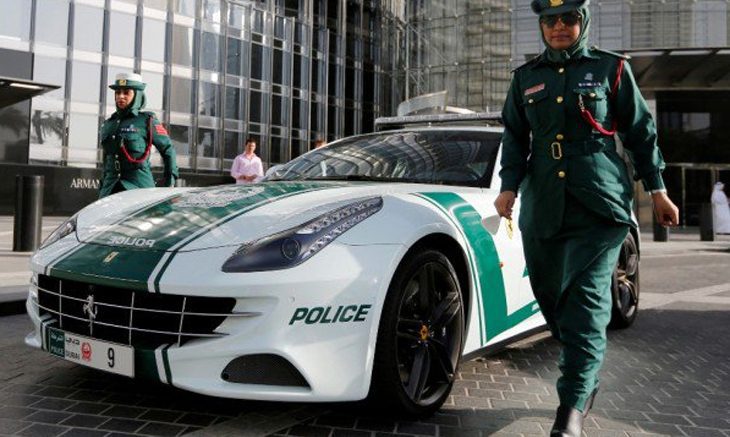 It has been a bad weekend for the UK, Brexit negotiations have never looked so dyer, the government was found guilty in the European Supreme Courts of crimes against humanity and the government is on the verge of collapse with the opposition calling for an emergency election, whilst looking to split into two factions themselves. In short the UK is a mess.

UK international relations are also at an all time low with military antics in the South China Sea resulting in a direct warning from China, Russia and North Korea to start abiding by international laws and respect sovereign borders.

In the Middle-East, the UK was found guilty of evidence tampering and espionage in Oman, Yemen and Qatar as well as being found guilty of yet more war crimes in Syria and Iraq.

So when a group of rowdy British expats ganged up and attacked a sleeping executive in the UAE there was little surprise from the international community, as this is the behaviour that Brits have become infamous for in Spain, Turkey and the Gulf.

A Dubai court has sentenced a British woman and her male accomplices to three months in prison each over a brawl which erupted after her group of friends took selfies mocking a sleeping businessman in a hotel lobby before slapping him in the face so hard that it broke his nose for a ‘YouTube Prank’.

Asa Hutchinson, 22, denied any involvement in the fracas but was convicted of assault following CCTV and witness statements being reviewed in evidence, after her friends fled the UAE back to the UK who have not imposed any restrictions or sentence on the group.

Hutchinson, who lived in Dubai at the time, was sentenced in her absence this week after illegally avoiding justice by fleeing the UAE and returning home to her family in Chelmsford, Essex, UK.

A 26-year-old British man, who has not been named, was also given a three-month jail term, according to Emirati newspaper The National.

Dubai Criminal Court heard the row erupted after Hutchinson’s group posed for humiliating pictures next to an IT company executive, a 54-year-old Swede, who had fallen asleep on a sofa.

The businessman woke up after one of the group slapped him in the face so hard that it broke his nose, the newspaper reported.

Upon finding the British group around him laughing, he is said to have confronted them and called the police.

Following the incident, Dubai police questioned Hutchinson’s boyfriend, Ben Hall, and others in their group after getting their names from their hotel’s reservations list.

Hutchinson’s friends paid cash deposits to get their passports back before illegally flying home to the UK, but she remained in Dubai, where she worked as an account manager for a transport company.

She was charged with assault following her arrest in Dubai.

Hutchinson fled Dubai while awaiting trial. A further offence for which she may receive an additional sentence and be barred from returning not just to the UAE but all 6 of the GCC nations: UAE, Oman, Qatar, Bahrain, Kuwait and Saudi Arabia who are part of the GCC union, the Middle-East equivalent of the EU.

Radha Stirling, Detained in Dubai’s chief executive, said: “All of the alleged assailants in this incident were released, but because Asa was living in Dubai, and the Swedish man identified her as a participant in the row, she was charged with the assault.”

Despite the CCTV and witness statements and conviction, Hutchinson’s mother, Lucie Harrison, said her daughter was “absolutely and completely innocent”.

“What I find really upsetting is that Asa has not turned her back and run away – she was saying, I’ve done nothing,” she added. “She’s really taking the rap, those guys in Dubai really seem to do things by association. I just find the whole thing so shocking.”

Hutchinson also claims to be not guilty of illegally leaving to country to avoid justice.

Recently the Crown Prince and Emir of Dubai, the Vice President of the UAE, and share holder of Al-Sahawat Times, HH Sheikh Mohammed bin Rashid Al-Maktoum expressed great compassion by allowing a number of British prisoners to return home to the UK freely on the condition that they did not re-enter the GCC. This included a British man convicted of sexual assault against an Arab businessman in a hotel.

Oman also has shown such leniency towards the UK by allowing prisoners their freedom should they agree to never return to the GCC.

Who are the main figures in the GCC?

Sheikh Sabah has created a very strong economy and good relations with Iran and the other GCC countries.

The current generation of Al-Sauds have given the country a modern revamp. Giving women the right to drive and re-introducing cinemas to the country, overturning a decades long ban.

Saudi Arabia is looking forward to a more modern existence and strong relations with Russia, Turkey and the GCC nations whilst retaining it’s strong alliance with the USA.

King Hamad has very strong relations within the British Royal Family, notably attending as a VIP guest, the wedding of Prince Charles and of Prince William as well as the Queen’s diamond jubilee in 2012.

King Salman also retains strong relations with all of the GCC leaders and Russia.

Taking power at 33 years old, Sheikh Tamim who has a second home in the UK has a modern outlook for Qatar and good relations globally.

Abu Dhabi – The Al-Nathan family. HH Emir Sheikh Kalifa bin Zayed Al-Nahyan is the Crown Prince of Abu Dhabi and the President of the UAE.

Dubai – The Al-Maktoum family. HH Emir Sheikh Mohammed bin Rashid Al-Maktoum is the Crown Prince of Dubai and the Vice President of the UAE, and share holder of Al-Sahawat Times.

The leaders of Abu Dhabi and Dubai both have excellent relations with the other GCC nations, Russia, Iran and Europe.

They are famed for their charity and leniency as well as their commitment to renewable energy and scientific innovation.

The Al-Maktoum family have an excellent private business relationship with the Al-Said family of Oman.

The Al-Said family are famed for their charity work, neutrality and peace. The only entirely neutral nation in the Middle-East the country peacefully balanced excellent relations with Iran, Russia, the GCC, Europe, USA, South America, Pakistan, India and China.

The Al-Said family have only issued formal diplomatic lobbies (complaints) twice in over 10 years. Once against the USA regarding Trump’s illegal sanctions against Iran and Trump’s trade tariffs in the Middle-East. Secondly against the UK for their war crimes and abuse of human rights.

Oman is so far the only Middle-Eastern country to offer the UK a post-Brexit trade agreement.

Many of the Al-Said royal family reside in London and have British passports.

Oman’s relationship with the UK is generally good, although the UK’s treatment of Omani diplomats and the UK’s war crimes and human rights record often causes stumbling blocks during negotiations.

Oman has eccelent realtionships with all of the GCC nations and Omani citizens even have special exemptions for immigration to all five of the other GCC nations with residency times reduced from 30 years to just 3 years for Omanis.