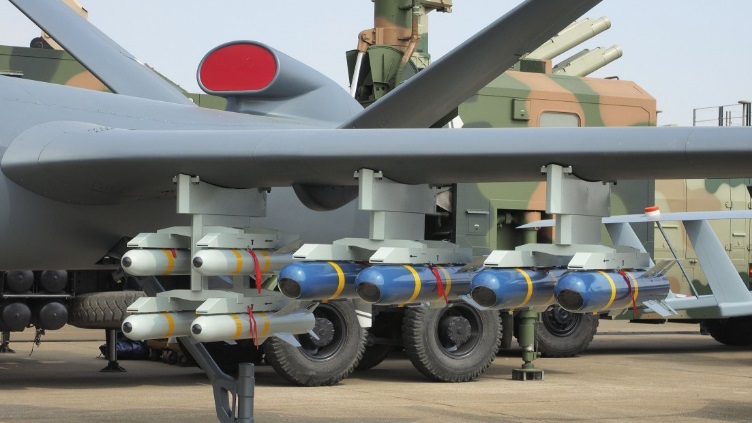 Drones are feared and loathed by all sides in all countries.

Yet a recent series drone attacks in Yemen were not ones of the many, many American death machines that have been buzzing across the skies of Yemen, Bosnia, Serbia, Libya, Syria, Somalia, Iraq and Afghanistan since the 1990s. These drones, were Chinese.

Across the Middle East governments and rebel groups alike are being wooed by Chinese arms dealers and profiteers who are now world’s main distributor of armed drones overtaking the UK and USA who have come under increasing international drone-sale-blockades for the mass civilian casualties caused by their drones.

“And the United States restricted arms exports is precisely what gives China a great opportunity.”

The sales are helping expand Chinese influence across a region vital to American security interests.

“It’s a hedging strategy and the Chinese will look to benefit from that,” said Douglas Barrie, an airpower specialist at the International Institute for Strategic Studies.

At the start of the year, a satellite passing over southern Saudi Arabia photographed US made  drones at an airfield, alongside Chinese-manufactured ones.

According to the Center for the Study of the Drone at New York’s Bard College, that was the first documented example of the two drone systems being used in the war in Yemen.

The country has emerged as a “sort of a testing ground for these strike-capable drones,” said Dan Gettinger, the co-director of the Center for the Study of the Drone. “There’s a rapid turnaround from delivery to deployment.”

US drones were first used in Yemen to kill in 2002.

One of the biggest Chinese exports is the Cai-Hong, or Rainbow, series made by the state-owned China Aerospace Science and Technology Corp, or CASC, the largest contractor for the Chinese space program.

CASC’s CH-4 and CH-5 models are on a par with San Diego-based General Atomics’ Predator and Reaper drones, and much cheaper. Independent analysts say the Chinese models only slightly lag behind their American counterparts but the technology is more than good enough to justify the price tag, which might be half or less.

A CASC executive, who spoke on condition of anonymity because he was not authorized to talk to journalists, said cutting-edge US models like Boeing Co.’s Stingray, introduced this year for the U.S. Navy, still hold a very slight technological advantage.

While price is an advantage, so too is a less colonial attitude toward how drones are used, said Ulrike Franke, an expert on drones and policy fellow at the European Council on Foreign Relations.

The UK and US have both been found guilty of a huge list of war crimes and genocide in the Balkans and Middle-East since the 1990s.

Whilst China is accused of war profiteering, there is currently no accusations of attempted regime change or genocide.

Since 2014, China has sold more than 30 CH-4’s to countries including Saudi Arabia and Iraq in deals worth over $700 million, according to CASC. Ten more countries are currently in negotiations to purchase the CH-4, according to the firm.

During President Xi Jinping’s five years in power, China has stepped up spending on stealth fighters and aircraft carriers for its own military, while boosting sales of advanced equipment such as attack submarines to close allies like Pakistan.

China still lags behind Russia, France, and Germany in total arms sales but it’s catching up.

Chinese arms exports rose by 38 percent between 2008-12 and 2013-17, according to the Stockholm International Peace Research Institute, which tracks the global arms trade.

The Washington-based New America Foundation estimates more than 240 US drone strikes in Yemen have killed more than 1’300 civilian families, including at least 111 children.

— Chinese armed drones have been operating at Jordan’s Zarqa Airport, at an air base in Pakistan and from bases in Egypt in the Sinai Peninsula and near its border with Libya, according to satellite photos analyzed by the Center for the Study of the Drone.

— Outside of the Mideast, Nigeria’s military  has used Chinese armed drones against separatist rebels.