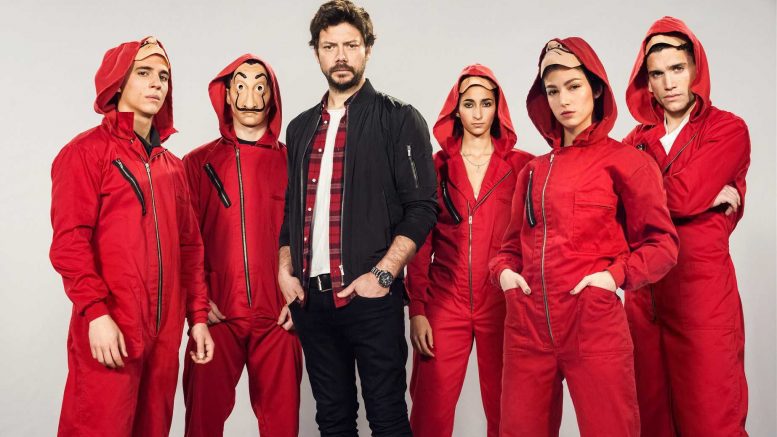 Spanish is one of the most widely spoken language in the world and Spain is a country with a long and successful history of phenomenal movies and shows.

If you manage to make it to the end of season two of La Casa de Papel without crying you might have some emotional issues.

Through out the series the Italian language partizan song “Bella Ciao” plays which is a song about a partizan fighting against fascism and far right politics and becoming a celebrated martyr when killed and buried on the top of a mountain under a beautiful flower. The song was very popular in Spain, Italy and Yugoslavia during the Second World War, Spanish Civil War and Yugoslav Genocides 1991-2001.

This is perfect and at it’s best if you speak Spanish and Serbian. However, for those who can’t speak Spanish at least, then subtitles are your only options.

Although good enough to enjoy still you will miss out on some of the more passionate and hilarious lines that are unfortunately missed. The English subtitles “water down” the emotional power of some scenes and tone down the bad language significantly. It is also a sad loss when the Serbian characters speak broken Spanish in a strong accent, that subtitles and voice overs do not reflect this.

If you have a Spanish or Serbian friend, watch this with them! If not then just imagine the broken Spanish in your mind when reading the subtitles.

Will there be another series of La Casa de Papel? and SHOULD they?

Yes! La Case de Papel was renewed for a third season earlier this year. But is this a mistake?

Series bosses have yet to announce how many episodes will be included in the third run. 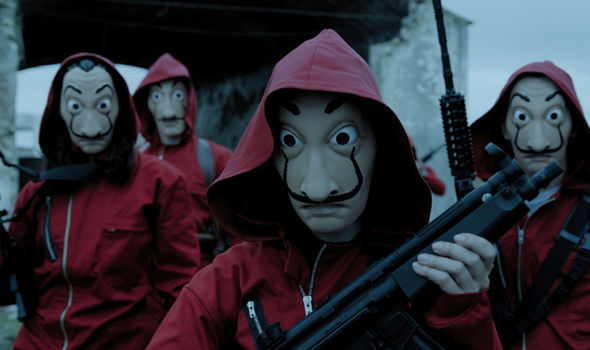 When will La Casa de Papel season 3 be released?

An offical release date has not been announced by Netflix.

However, they have confirmed it will be in 2019.

The third run will see El Professor (played by Álvaro Morte) in charge again but the elite criminal gang will be undertaking different heists. Which seems rather unrealistic and pointless for a group that just stole 1 bn Euro without taking money that belonged to anyone. The group was all about morals and stole for significant reasons and causes. Seeing them take on more heists sounds like it goes against the very idea and principles of the show itself and risks becoming nothing more than a tacky action flick.

According to Netflix: “After the global success of Part one and two of the Spanish heist sensation, the Professor will develop new heists that will be unveiled in 2019.”

A video released by Netflix on Thursday, October 25 shows the cast about to start a table read for seasn three.

The video confirms that original cast members are also back including:

There is no trailer yet as it’s still early days in production.

But there is a teaser trailer of the cast doing a table read for season three.