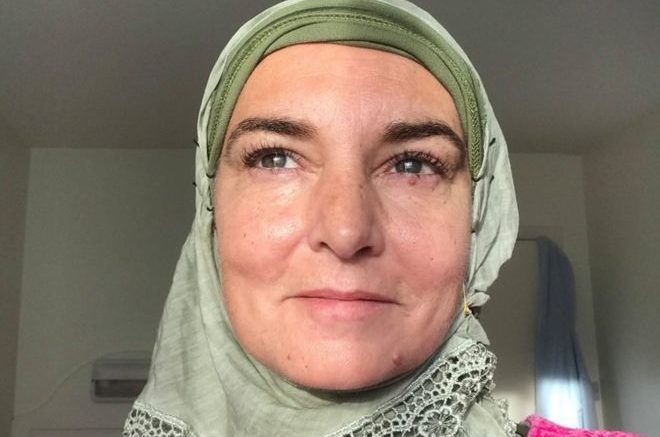 Last month, the Irish popstar formerly known as Sinead O’Connor announced that she had changed her name to Shuhada’ Davitt and converted to Islam.

Since converting press in the UK and Ireland as well as Catholic groups on Facebook have published inflammatory articles calling for the singer to be Sectioned under the Mental Health Act claiming that the singer is “mentally unstable”.

Many human rights groups have come out in support of the singer to support her freedom of choice and self-identification. Choosing to follow one of the world’s main faith groups is a free choice that billions around the world make, and should not attract calls to be held in a secure mental health asylum.

Perhaps in a rather unwise move Ms Davitt responded to the barrage of racial abuse and accusations regarding her mental health on Twitter.

In a string of messages posted to Twitter, the 51-year-old – who shot to fame in 1990 for her version of “Nothing Compares 2 U” – called out those who had racially abused her since making her faith public.

However it is the language used in these Tweets that have lost the singer the support of many Muslim support groups. Islam is a religion of peace and teaches equality among all people regardless or gender, race or creed.

“What I’m about to say is something so racist I never thought my soul could ever feel it,” she wrote. “But truly I never wanna spend time with white people again (if that’s what non-Muslims are called). Not for one moment, for any reason. They are disgusting.”

Ms Davitt went on to speak out against Islamic extremism comparing religious terrorists to US president, Donald Trump.

“Everyone says the Poor Americans are the victim of Trump,” she continued. “But you hired him. So fire him. Otherwise you’re complicit. It is the same with all so called Islamic Terrorism. Which is exactly what the devil wants and loves.”

Ms Davitt dismissed reports she was missing and had threatened to jump off a bridge, labelling the claim “false and malicious gossip”.