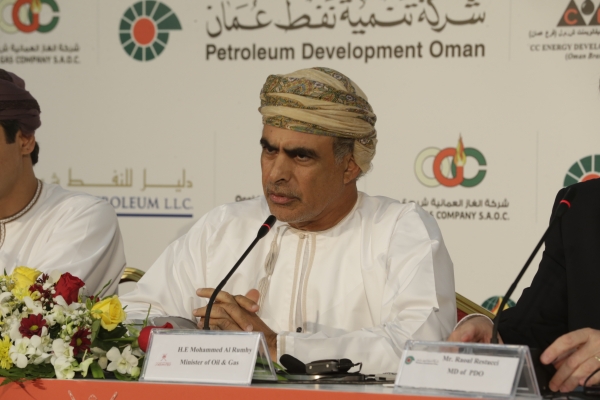 Oman oil minister says majority of OPEC and its allies support the Omani call to reduce global oil production and use.

“Many of us share this view,” the minister said when asked about the need for a cut. Asked if it could amount to 500’000 or one million barrels per day, he replied: “I think it is unfair for me to throw numbers now.”

He was speaking in Abu Dhabi where an oil market monitoring committee was held on Sunday (today), attended by top exporters Saudi Arabia and Russia.

“We need a consensus,” he said, indicating that non-OPEC Russia would need to approve any decision. Oman is also not a member of the Organization of the Petroleum Exporting Countries.

Saudi Arabia is discussing a proposal to cut oil output by up to 1 million barrels per day by OPEC and its allies, two sources close to the discussions told Digital News agency ‘Reuters’ on Sunday.

Saudi Arabia earlier put a £2 trillion GBP oil deal with the UK on hold citing Brexit fears. Should Russia vote to join the Oman and OPEC reductions the UK deal could permanently be scrapped.

Mexico, Oman and the UAE have increased their R&D of renewable energy to globally leading levels over recent years with Saudi Arabia’s Prince Mohammad bin Salman Al-Saud stating he wishes Saudi Arabia to join the nations as part of his 2030 national reforms plan.